Wilder rages at ‘stupid and uneducated’ pundits amid Keane criticism 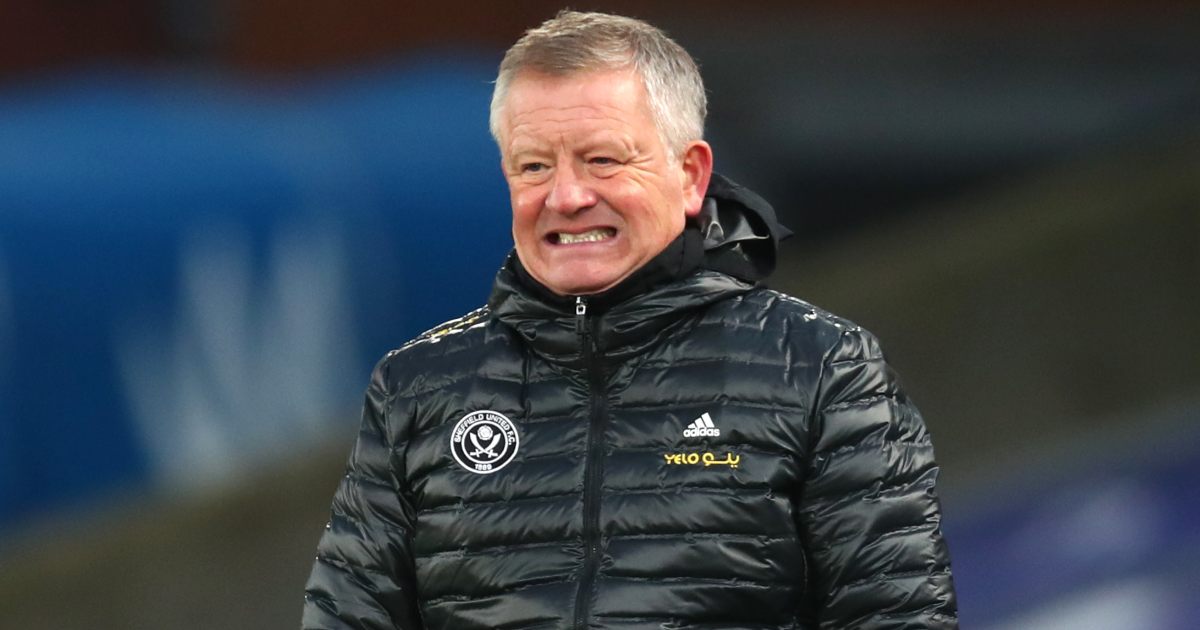 Chris Wilder is tired of “stupid, silly, and uneducated analysis” of his Sheffield United side by pundits following Roy Keane’s comments that they deserved “to be criticised”.

After narrowly missing out of European football last term thanks to a poor run without fans, the Blades’ form has carried over dramatically into this season with only three wins in the whole of the 2020-21 Premier League campaign.

Wilder took United from League One to the Premier League in three seasons but recent results have seen him suffer his toughest time in charge of his boyhood club.

And despite his success over the previous four seasons, Keane said on Sky Sports that he thought Wilder should be able to take “some sort of stick”.

Keane said: “[Wilder] is clearly upset and disappointed. I don’t think I’ve ever heard anyone criticise Sheffield United’s effort and spirit and desire and determination and no doubt he’s got some brilliant pros at his football club but where they have come up short this season and the summer is the recruitment. They’ve just come up short.

“Chris mentioned there they are buying players from the Championship to come up and play in the Premiership and there’s always a gamble with that. Last year it worked for them, their first season in the Premiership, the feel-good factor, they had a good start to the season, momentum, but this year…

“He’s talking about the goals that they’ve been giving away, I don’t think that’s their biggest problem, there are a good few teams who have conceded more than Sheffield United, it their goals for. I think in 26 games they’ve got 15 goals, it’s not good enough.

“For all their effort and bits and pieces, they’ve had chances and didn’t take them. They probably have four or five strikers at the top end of the pitch who haven’t been good enough.

“Last year I listened to a lot of Chris Wilder, I have huge respect for Chris Wilder, I think he’s done a brilliant job but he got the plaudits last year but this year if you lose 21 matches in 26 games you are going to have to be criticised. And we can sit here and say they have a great bunch of lads. I’m sure they have, well they have I know some of them, I’ve worked with them, some of the best lads you’ll meet, but you need more than that in the Premier League.

“Chris Wilder, has he become a bad coach overnight? Absolutely not. He’s done an amazing job over the last two or three years, brilliant coach but the recruitment this summer hasn’t been good enough and the players that have come into the club haven’t improved the team. If you lose 21 games out of 26, you are going to have to take some sort of stick.”

And Wilder has hit back at Keane and other pundits over some of their analysis of his struggling Sheffield United side this season.

“You come under scrutiny and criticism. You have pundits who haven’t got a scooby doo about the football club. They make stupid, silly, and uneducated analysis of where we are as a football club,” Wilder said.

“But you have to deal with it. Like I say, we’ve all had the praise, so we have to take the negativity that comes when you don’t win.”