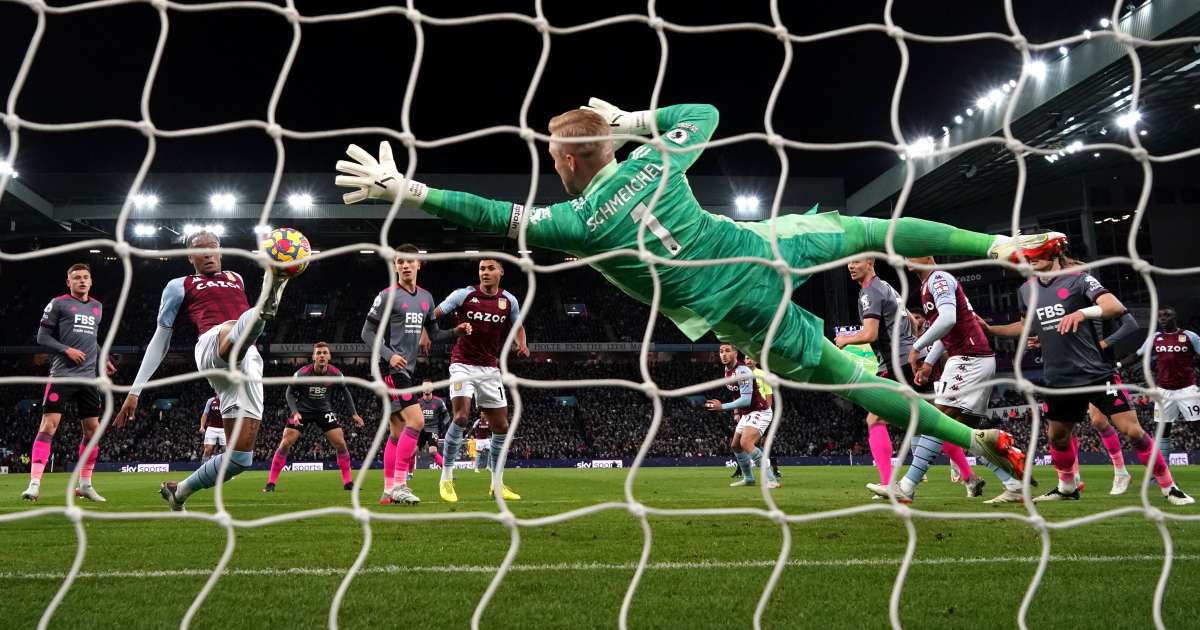 Sometimes there’s a game that just becomes infused with the very essence of Barclays. A game that isn’t necessarily the biggest or most compelling of the weekend, but yet becomes such a spectacle that it just demands attention, and allows us to pretend that only here, only in this country and only in this league do games like this exist.

That is nonsense of course, but nevertheless: Villa Park on Sunday served up 90 minutes of absolutely textbook Barclays. A game played at approximately 300 miles per hour for the most part, goals, comical defending, some great saves, a hideous away kit and a thumping great big VAR controversy. This is England.

The basic facts are these: Steven Gerrard extends his impressive start as Villa boss to three wins from four, with the sole defeat one where Villa’s display in the face of an excellent Manchester City performance was eminently creditable. There was enough evidence from Rangers that Gerrard might be a bit more of a serious managerial prospect than certain other legendary former players and his early days at Villa are bearing it out.

That being said, it hardly needs a managerial maestro these days to jot down “target them at set-pieces” in the big book of tactics when facing Leicester. They are a side entirely in keeping with their pink-socked away kit: bad, but certainly not boring. Never that.

Both Villa’s goals, after Leicester had taken an early lead through a gloriously precise and delicate Harvey Barnes finish caressed through a defender’s legs and inside Emi Martinez’s far post, were awful from the Foxes’ perspective. It’s the 10th time they’ve conceded at least two in a Premier League game this season, and Brendan Rodgers pointing to the (itself questionable) fact that his team defended well apart from two more terrible bits of set-piece nonsense is to avoid the point altogether.

Nobody is going to get away with being a team that needs to score three goals to win a game on the regular. Okay, maybe Liverpool. But nobody else. And certainly not Leicester even though they are at times a wonderful attacking side, and there was plenty to like about lots they did in that regard today. Especially in a first half when Barnes was so prominent, Patson Daka lively and James Maddison excellent right up until final product was called for.

Things could have been worse still for Leicester, had Villa’s goal on the stroke of half-time been allowed to stand after Jacob Ramsey drilled the ball home from beneath Kasper Schmeichel’s outstretched hand. Normally VAR chat is the dullest thing football can offer, but even this managed to be lively and interesting, especially in the absence of a conclusive answer.

Sky ultimately seemed satisfied with a reading of Law 12 which states that “A goalkeeper is considered to be in control of the ball with the hand(s) when: the ball is between the hands or between the hand and any surface (e.g. ground, own body)…”

There appears to be no doubt that, while visually and on a basic intuitive concept of fair and unfair play this felt like it should have been a legitimate goal, this meant Michael Oliver’s decision to over-rule his initial verdict. But there’s a second clause to that law – “…except if the ball rebounds from the goalkeeper or the goalkeeper has made a save” – which appears on the face of it a baffling caveat that feels, as the ball was for Schmeichel, hard to grasp. Does that mean the save Schmeichel made immediately before plonking his glove atop the ball a blink of an eye before Ramsey’s arrival means it should have been a goal? Er… dunno.

There was much half-serious talk of “downward pressure” and were this rugby it would definitely have been a try. Fitting indeed to have this otherwise wholly-unwelcome intrusion into the greatest sport from rugby on a day when Kiernan Dewsbury-Hall – which sounds like the venue for a Challenge Cup quarter-final draw in 1923 – should be making his first Premier League start. But otherwise not particularly useful. The wording of the law suggests its design is to protect keepers at times when they are in obvious control of the ball but in such a way that a player could quite easily kick it away. That instinctively seems fair, but it’s impossible to argue Schmeichel had full control of that ball no matter what rugby would think of it.

But Aston Villa would have their winner 10 minutes into the second half, Ezri Konsa helping himself to a second goal of the afternoon. Oh, yeah. Konsa scored both Villa goals. There was so much else going on – from the very moment Leicester took the field wearing that kit – that we’ve made it right to the end of this to point out that Konsa scored more goals in this Premier League game than Harry Kane has all season.

Just another regular day of Barclays.

Aaron Rodgers has a surprise statue waiting for him after practice

Republican Governors Break With Trump—Throwing Support Behind Kemp In Georgia

Clouds May Speed Up Global Warming