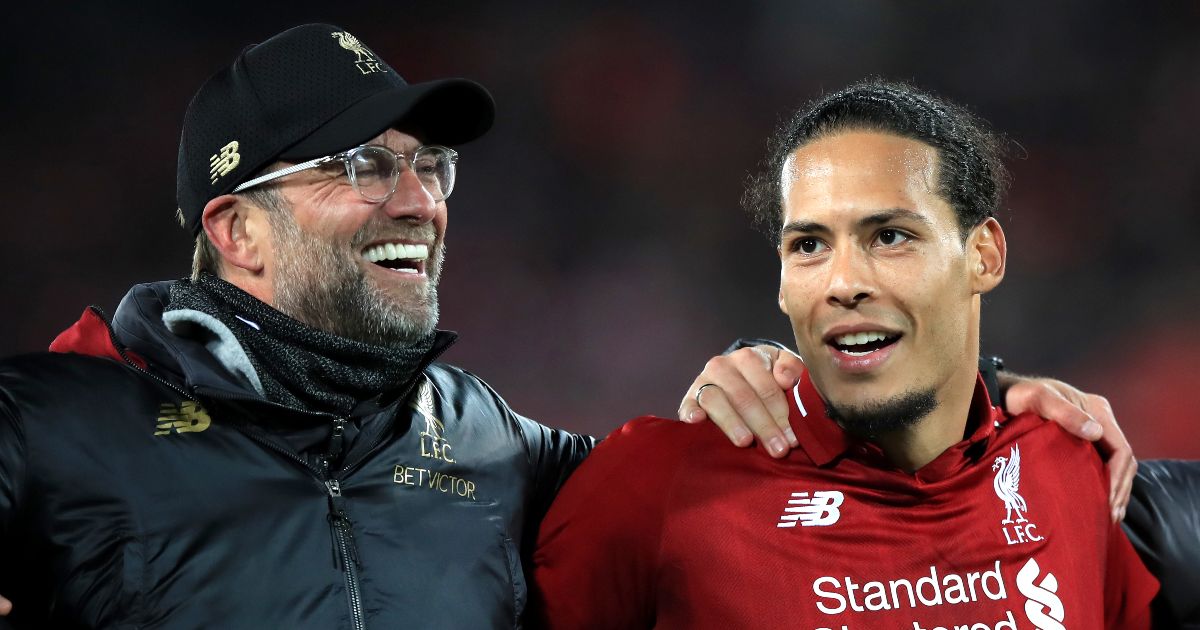 Virgil van Dijk has been warned that returning to play for Liverpool this season would be a “considerable risk”, as would representing his country in the European Championship this summer.

Van Dijk hasn’t played since October after he required knee sugery following a challenge by Jordan Pickford in the Merseyside derby.

Liverpool initially coped in his absence but a shocking run of form in the last couple of months has seen them out of the running for the title and they now face an uphill battle to qualify for the Champions League next season.

The 29-year-old has posted a number of videos on social media of his recovery and is now able to train with a ball on his own.

But orthopedic surgeon, Bas Pijnenburg, has urged caution when it comes to Van Dijk’s return, insisting the recovery time for a professional athlete is just as long as the average member of society.

“A considerable risk,” Pijnenburg told NOS when asked about the risks involved with Van Dijk playing for the Netherlands this summer.

“It takes just as long for a top athlete to recover as it does for any other person.

“What makes it dangerous is that a knee can quickly feel good for a top athlete. The muscles and coordination may already be good, but recovery is still in full swing.

“Starting too early would also send a bad signal to other people who have had this surgery.”

Jurgen Klopp admitted earlier this month that it was “unlikely” Van Dijk or fellow centre-back Joe Gomez would be fit to represent their respective nations in the European Championship this summer.

‘That’s not my decision,” said Klopp.

“But, to be honest, the information I have in the moment it will be unlikely.

“So, not that I don’t let them go because I don’t want to have to do that anyway, but it’s because of the extent of the injury.

“We all hope that they will be ready to start the pre-season with us. That’s what we hope.

“And, by the way, with Joel it’s pretty much the same, he’s just not qualified for the Euros but it’s with him the same.”

Qatar v Republic of Ireland: Follow all the action LIVE on F365