‘That’s football’ – Ranieri keen to move on from Brentford capitulation 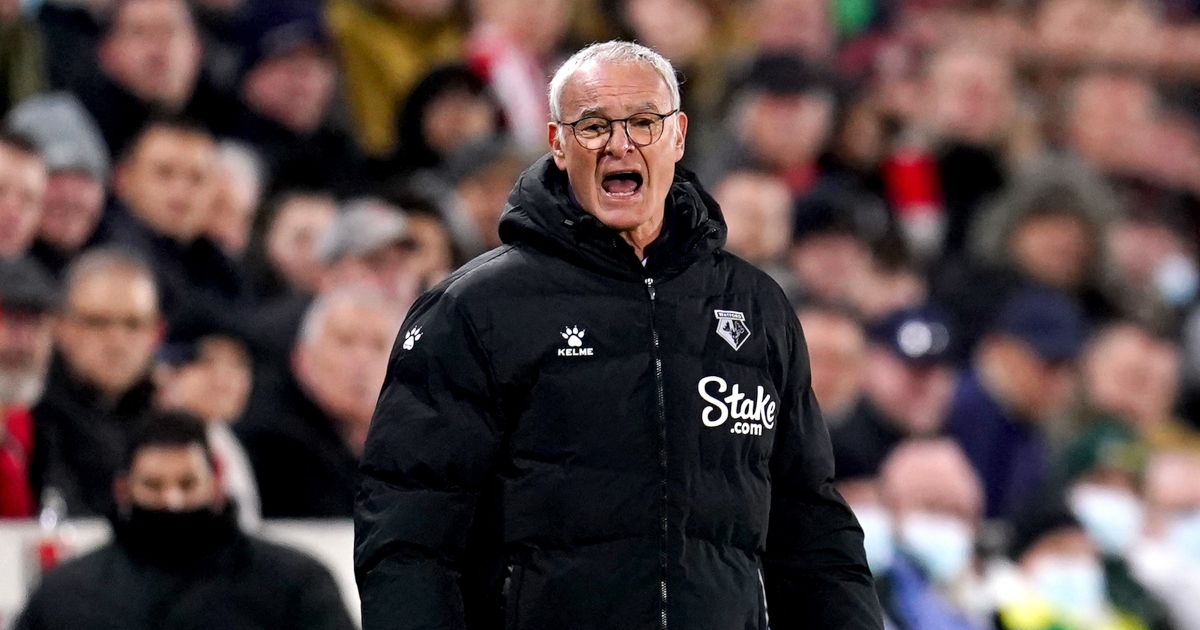 Claudio Ranieri has urged Watford to forget their Brentford capitulation and move on as they look to continue their fight against relegation.

The Hornets were leading with only six minutes remaining through Emmanuel Dennis and looking good value for a win which would have lifted them six points clear of the relegation zone.

But Pontus Jansson headed Brentford level and, in stoppage time, Bryan Mbeumo condemned Watford to a 2-1 defeat from the penalty spot after William Troost-Ekong tripped Saman Ghoddos in the area.

“That’s football, that’s the Premier League, but now we need to focus on the next match,” said Ranieri, whose side then face Crystal Palace and Wolves.

“We lost the first battle, but there are so many more in front of us.

“My frustration has passed, now my mind is on the next match. There are other battles and we are stronger than that. That was my message to the players. It’s very important to react immediately.

“I don’t know if it’s psychological because Watford came up to the Premier League this season and it’s normal to be in relegation battle.

“We knew that and we have to react, we have to play stronger. There will be another battle in a few days, we must be ready for the battle.”

Mbeumo held his nerve to score the winner from the spot in the absence of regular penalty taker Ivan Toney, who was missing due to Covid-19.

“It feels so good because we worked hard. It wasn’t the best performance but it was important to win. It felt so good,” he told the Bees’ website.

“For the penalty I kept my head empty and tried use power.

“It had been a long time since we won here, it was great for the fans and we need to keep the momentum for (Manchester United) on Tuesday.”

Elsewhere, Rafa Benitez had admitted he has no problem working with director of football.

“It’s just to make sure we choose the right one for Everton, and then hopefully we can be successful with that.

“My main job is to concentrate on the games, that is very clear but at the same time, the club is trying to manage the new structure.”

SRX at South Boston: How to watch, stream, preview, drivers to watch for the Superstar Racing Experience