HomeSportStones: Man City have the makings of a ‘great’ team
Sport

Stones: Man City have the makings of a ‘great’ team 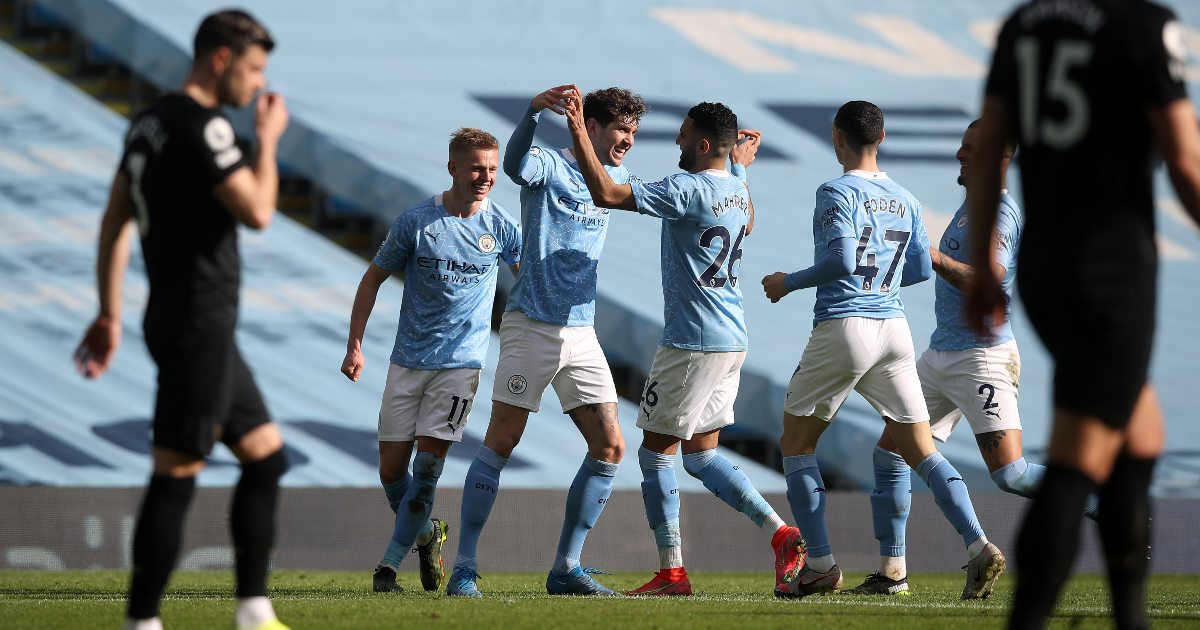 John Stones has suggested that Manchester City’s performance against West Ham shows that they are on track to become a “great” team.

The Premier League leaders were given a stern test by the in-form Hammers at the Etihad Stadium but eventually prevailed 2-1 with goals from their centre-back pairing of Stones and Ruben Dias.

The victory was City’s 20th in succession in all competitions and prolonged their overall unbeaten sequence, as they chase glory on four fronts, to 27 matches.

“We knew we were going to have a battle,” said Stones. “Massive credit to West Ham and how they set up.

“We had to dig deep and they made it really difficult for us.

“We were a bit deflated after conceding late in the first half but we had to show our character and our experience, come out in the second half and fight like we always have done.

“I feel we put our hearts on our sleeves, really dug in and the defensive work from everyone, I think is the sign of a great team and hopefully things to come.”

Dias gave City the lead on the half-hour when, still forward following a set-piece, he met a superbly-flighted Kevin De Bruyne cross with a powerful header.

West Ham responded well and Michail Antonio hit the post before equalising just before the interval.

The second half was an open contest but Stones, also upfield after a corner, made the decisive intervention when he fired home with a low first-time shot in the 68th minute.

That was not quite the end of the story as Issa Diop went close to snatching a draw with an stoppage-time header but City held on.

Stones’ goal was his fourth of the season and Dias’ his first for the club. Their strikes more than made up for the impressive pair’s rare failure to keep a clean sheet.

They also took the pressure off striker Sergio Aguero, who had a quiet 61-minute run-out on his first start for four months following injury and illness.

Stones said: “We’re trying to chip in and get our goals, and they were two important ones. It’s great for us and great for the team that everyone is contributing with goals, getting on the scoresheet, getting that momentum. Hopefully it continues.”

West Ham, who had been fourth in the table going into the game, left Manchester beaten but feeling that, in their performance, they had done plenty to enhance their hopes of a high finish.

Antonio said: “We were impressed with ourselves. We’ve gone out there and given it a good go.

“We had some good chances in the first half, one good chance at the end of the second. We showed the quality we have.

“There is definitely a lot to take from the game. Normally all we do here is sit back and try to counter, which we did, but there were stages of the game where we had a lot of possession and we had them chasing the ball a bit, which City are not used to.

“I was gutted I hit the post with the first opportunity I had but buzzing I got the goal. We’ll keep going, keep pushing and see where we can finish in the end.”

What Is Marburg? What You Need To Know About The Deadly Virus Detected In Ghana