HomeSportSpurs and Mourinho bring the worst out of each other
Sport

Spurs and Mourinho bring the worst out of each other 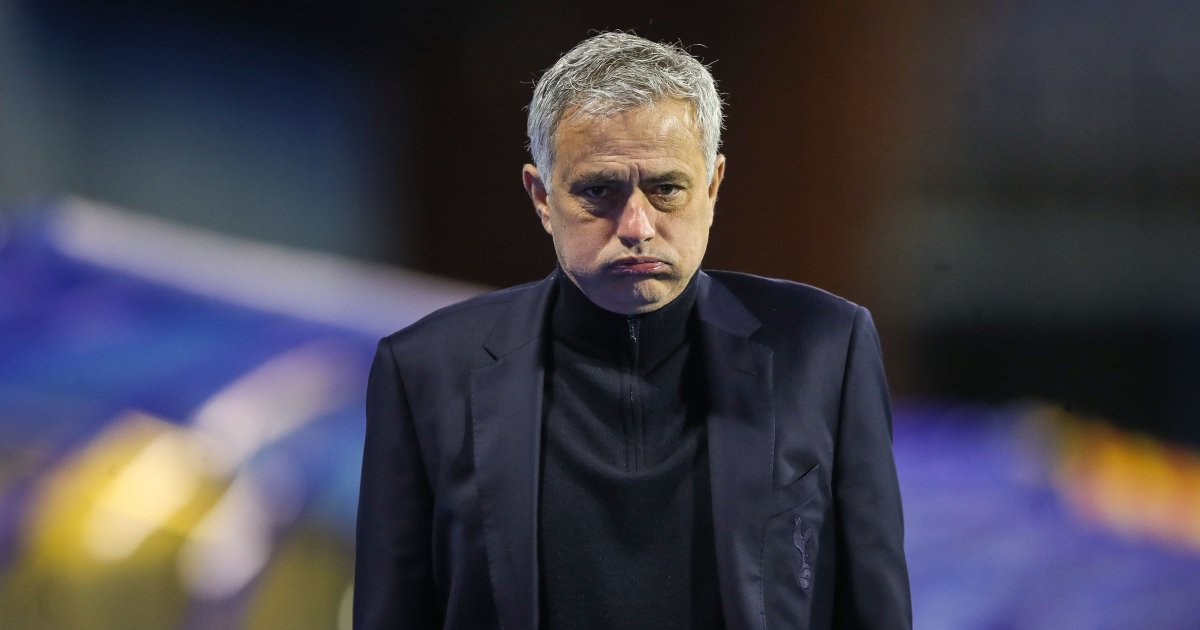 For the first time, the end of Jose Mourinho’s Spurs reign has moved from vaguely distant yet inevitable dot on the horizon to genuine imminent possibility.

He and his team have had some real low points – one of the worst as recently as Sunday – but this is the nadir. A dizzying, intoxicating, infuriating and hilarious mix of all the very worst bits of both. Spurs and Mourinho have brought out the very worst in each other.

It’s not just that losing this tie against a game, persistent but by elite European standards hugely limited Dinamo Zagreb side is bad, it’s that there was really only one possible way for Spurs to lose this tie, and they contrived to produce the precise performance to precipitate it. Playing properly for 90 minutes would surely have produced the one away goal needed to kill the tie dead. Even a committed and wholehearted defensive performance, while inherently riskier, would have worked.

But Spurs were just… nothing. Timid and fearful, ponderous on the ball and laboured off it. It would be wrong to describe their performance as defensive, because they did precious little defending. Not proactively. Just some desperate last-gasp stuff. They certainly didn’t attack, not until the momentum shift had already happened and what should have been a comfortable exercise in game management had turned into something far more fraught.

The players must take some blame for a performance quite so startlingly bad. Mourinho complained of big players going missing at the Emirates, but tonight his players managed to pull off the same trick en masse despite wearing provocatively garish yellow. Not until Giovani Lo Celso emerged off the bench after 88 days out injured did a Spurs player actually appear interested in taking any active part in a game of football rather than just hanging around and hoping it might be enough.

So yes, the players take some blame. The invisible Harry Winks. The ineffective Moussa Sissoko. The uncharacteristically wasteful Harry Kane. The Eric Dier. Zagreb, too, deserve immense credit for taking such spectacular advantage of a team suffering a collective, visceral crisis right in front of them. 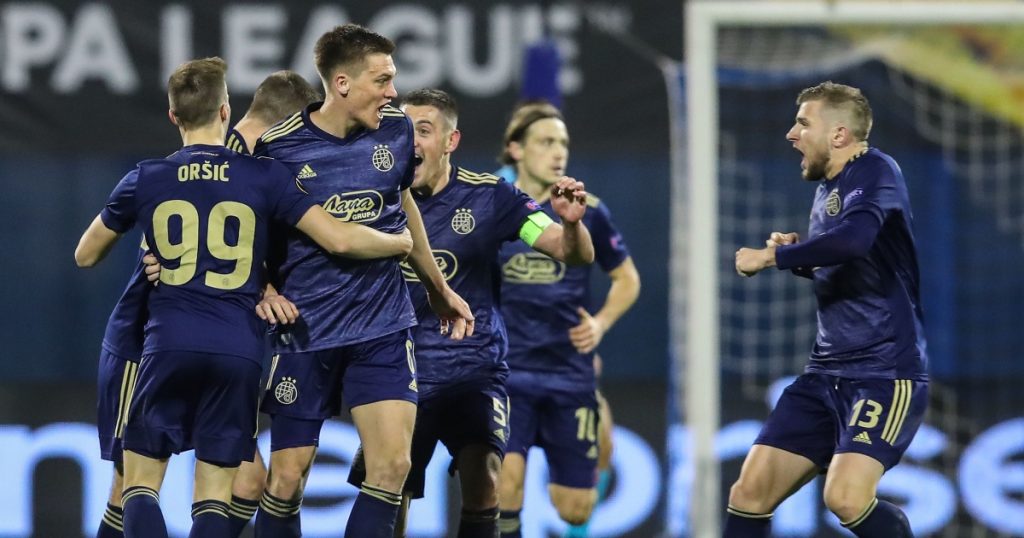 Mislav Orsic’s first and third goals were magnificently well taken, and his second the end of the sort of flowing team move Dinamo probably couldn’t quite believe they were able to put together against a team of Spurs’ supposed quality. Zagreb had a plan, the patience to stick with it when an encouraging first half brought no instant joy, and resilience when Spurs finally started giving them something to think about in the closing minutes.

On another night, it’s also true that Spurs could have got away with such nervousness, such fragility. But none of that is really the point. Mourinho was brought in at eye-watering expense to turn a talented squad into winners. He has failed.

Mourinho will of course claim that he sent his players out to win the game, not just to qualify. That he didn’t send them out to timidly fall between two stools and freeze, looking every inch like they weren’t just failing to follow a plan but unaware one even existed. Mourinho will point fingers in every direction apart from the obvious one having been comprehensively outcoached by a team whose coach is in prison. This kind of apathetic, passive non-performance has happened now so often in so many games that Mourinho’s insistence it’s not the plan can just be ignored. It’s either not true or shows Mourinho is utterly unable to impart his instructions to these players. If the players are consistently failing to follow the instructions you give, that also represents a failure of management.

He probably shouldn’t survive this defeat, arguably the worst of his career given what was at stake, the first-leg lead and the quality of opponent. It’s clear now that any hopes that Mourinho at Spurs could see the better qualities of both brought to the surface are forlorn. The idea that Spurs could provide a squad and a style of football on which Mourinho could place that ephemeral yet all important Winning Mentality are a pipedream.

Instead, the opposite is true. Mourinho’s tactical rigidity and tendency, despite that carefully cultivated alpha image, to appear fearful of even the most limited opposition has combined with the powerful, crushing weight of Spurs’ historical Spursiness to produce the worst of both worlds. A team that is never safe, never comfortable, never sure whether it should be attacking or defending and doing neither when they should do both.

The Carabao Cup final is now the only thing for Mourinho and Daniel Levy to cling to, in the hope that he might just Joseball his way to a 1-0 win in a game where City’s 21 shots come to nothing. It could just about happen. It probably won’t. And even if it does, so what? Is it magically going to make Mourinho’s tactics a better all-round fit for this Spurs squad? Does anyone, anywhere think that it would be a springboard for a trophy-laden run of success? A Europa League triumph would have been a different story. It has prestige that the Carabao does not. It would have brought Champions League football back to White Hart Lane. It would represent something far more tangible than what would now almost by definition be a fluke win over Manchester City after a cup run to the final that featured as many walkovers as it did Premier League opponents.

Mourinho is now nevertheless left desperately clinging on for that City game and hoping for a miracle – two, really: one to survive that long, and another to win if he does. With his negative tactics having now cost a shot at the Europa League and leaked so many Premier League points that there is simply not time nor games left for that approach to be vindicated there, only a freak win over City can save him.

The false dawn of wins over Burnley and Palace don’t help Mourinho; all those games did was highlight what this squad is in fact capable of. Those wins came when Spurs played the way everyone has been screaming for them to play. They have now reverted to dismal type. Because Mourinho is doing at Spurs precisely what he did at United: getting the very least out of the squad available to him. For all their trophy-averse Spursiness, this is a group of players that provide a certain floor that even Mourinho at his most destructive can’t take them below. But he is certainly providing a ceiling. This was a horrendous performance and a mortifying exit from a competition Spurs absolutely could have won. And there really is no reason to expect things to get any better.

A novel microscope pins down the miracle of molecular oxygen