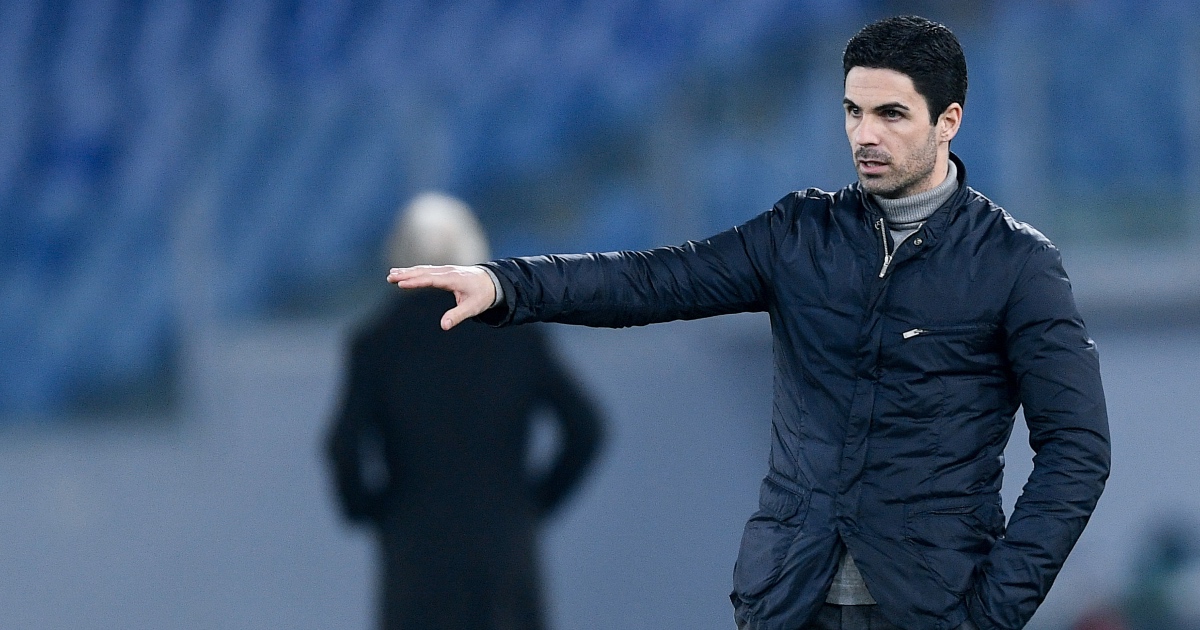 Pierre-Emerick Aubameyang, Alexandre Lacazette and Willian impressed as Arsenal’s front three in their opening game of the season, with Aubameyang and Lacazette both scoring and Willian notching two assists. They were undoubtedly Mikel Arteta’s Plan A, starting the first three games together and five of the first seven in which they were all available. At that stage, Champions League football was the target.

Now, eight points off the top four and with five teams between them and Chelsea, that aim has been all-but dismissed. And everyone seems absolutely – and understandably – fine with that.

If you had been told after that opening-day win over Fulham that after 24 games Arsenal would have lost as many as they had won and would be sitting in mid-table, most would suspect Arteta would be clinging to his job if he hadn’t lost it already. But there’s barely a hint of pressure on Arteta or his team right now. Individual mistakes are brushed off rather than lingered upon, tactical missteps are excused by inexperience and defeats are part of the learning curve, not examples of players not caring or a further reminder of how far they’ve fallen since 2003.

There’s finally an acceptance with Arsenal – at the club, among the fans, even in the media – that their current inconsistency is “part of the process”, as Arteta said back in November.

It’s all well and good a manager saying that when they take over at a club – as they invariably do – but the difference between it being said and being trusted has been the cost of too many managerial jobs to count. And actually, when Arteta made those comments before Christmas – in the middle of a streak of one win and seven defeats in ten – there was very little clarity to the so-called process and worrying signs of a continuing lack of progression.

Then came the Chelsea game; there’s nothing like turning to youth to buy time for your process and to persuade others to buy into it too.

The almost telepathic link-up play between Bukayo Saka and Emile Smith Rowe, exhibited so beautifully in that victory over Chelsea, has underpinned Arsenal’s upturn in form and is the basis of this newfound trust that Arteta is leading the Gunners on a journey back to the top.

Smith Rowe’s rise has made Arteta criticism-proof, made all the more wonderful by him being stumbled upon. The 20-year-old hadn’t played a single minute before his starring role against Chelsea and was playing in the second team just a month before. Arteta will no doubt claim he always knew how good he was and was waiting for the right time to get him into the team, but it was clear at the time that his inclusion was more a f*** you to the senior players than the culmination of a long-held plan.

Smith Rowe has started every Premier League game since, with the role he played in the 4-2 win over Leeds as clear an indication as any of Arteta’s unspoken admission that he got it totally wrong at the start of the season. Smith Rowe and Saka played either side of Aubameyang as the central striker, a role the club’s deadliest goalscorer had played just once in his first 26 games under Arteta. And he duly scored a hat-trick.

Instead of putting his best goalscoring option on the left to get his second best goalscoring option into the team, Arteta is now giving Aubameyang a better chance of scoring goals; flooding the other forward positions with young, energetic talent whose ceiling is far higher than the relatively low-slung one Lacazette has continued to bash his head against for the last three seasons.

There are still problems elsewhere in the team. It’s not clear what the centre-back partnership will be from one game to the next, Kieran Tierney’s excellent form (when fit) at left-back has highlighted the need for a similar quality of attacking outlet on the right, and the search for a partner – or cover – for the lesser-spotted Thomas Partey will surely be a summer priority.

Arteta and Arsenal remain some distance away – literally and metaphorically – from the Champions League places, now coveted but so scorned as a sign of their lack of ambition under Arsene Wenger. But at least Arteta has now uncovered the players to give him breathing space through what was always going to be a long process.

The continuation of his flawed approach would likely have seen that process at an end by now. And even if the likes of Willian had come good and turned the club’s form around, what’s the best they could realistically have hoped for?

A tenth-place finish with the promise of a future is far more palatable than seventh without one.

Study found how the water bear evolved to walk

Newcastle boss Bruce ‘convinced’ his side will avoid relegation