HomeSportSilence is golden: the top ten moments without fans so far
Sport

Silence is golden: the top ten moments without fans so far 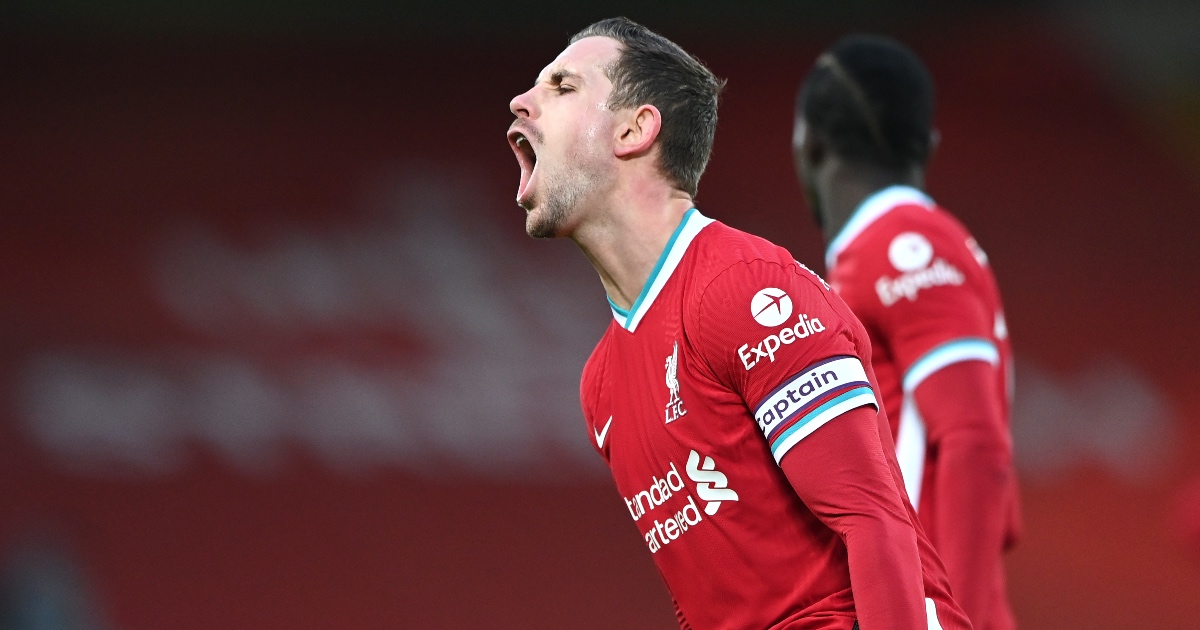 Football without fans has got a bad press. There is another way of looking at it….

The most vocal man in a football stadium near you appears to be Jordan Henderson. We might not be hearing him for a good few weeks now, but there’s a compilation on social media doing the rounds where the Liverpool captain’s motivational shouting encapsulates such beauties as: “Love it”, “Brilliant, you”, “Up, Up, Up Thiago” and “Yes, Robbo.” The north-east vernacular has never had so much public airing since Fog on the Tyne. If you thought the man was only good for swearing then this has been a definite upping of his game.

Have a listen to him shouting “Good lad” over and over again to settle your nerves x pic.twitter.com/4LtagEI16B

2) The return of the beautiful game to Germany

It was like the first day back at school, but not as crowded as Boris wants. More like schoolboys behind the bikeshed needing a quick drag after being starved of the tuck shop. When Dortmund and Schalke kicked off in May 2020, the players’ shouts echoed eerily in the Westfalenstadion that day, the overall effect a bit like a game of village cricket with some big hits over the boundary spilling into someone’s tea-cup. Or something. It was raw materials and that was enough. We were all taken aback with the first birdsong and the clarity of acoustics. The age of innocence had a brief reawakening.

Who says the modern player doesn’t have a good sense of humour? After an extended lay-off, Sergio Aguero enjoyed his comeback against Arsenal in October during a 1-0 win at the Etihad (seems like a Jurassic Age ago now given that City have hardly missed him) After he was pulled from the scene by Pep on 65 minutes, the Argentinian clapped the imaginary crowd while having a chuckle to himself. It wasn’t so clever grabbing official Sian Massey-Ellis on the base of the neck after a throw-in was awarded to the opposition…Not a good look…..

4) Klopp and Lampard have a barney

One of the best things about watching events unfold without the soundtrack of the audience is that we can hear the directors having a slanging match. It all kicked off at Anfield on the day of Liverpool’s inauguration in July when Chelsea came to town. Frank Lampard was furious with the decision to give a foul that led to Liverpool’s second goal, laying into assistant coach Pep Lijnders. Lijdners wasn’t exactly reticent when Trent Alexander-Arnold scored from the resulting free-kick. Jurgen Klopp’s German-Scouse “Calm down” was lost amid the barrage coming from Frank’s :“You lot have only won it once” tirade. Riveting. James Milner had a prime view and loved every second.

Ever thought of that bit in a film when there’s a private breakdown to camera from one of the protagonists and you sit there thinking: “is this method acting or what?” There was genuinely no such thoughts as the Austrian Alpine Klopp sunk to his knees in genuine relief that he had finally beaten the Normal One at the beginning of January . At the same time, it was just a little creepy to see such a thing in silence. Still, he even did a Kloppism for the interview when asked about crying a river: “”There were tears in my eyes – because of the wind!” Little did we know then that this was the start of a total collapse of the Red Wall. It was also Peak Hassenhuttl. Southampton have only got one point in 24 since….

An emotional Ralph Hasenhuttl sinks to his knees after beating Liverpool. That win meant everything 😢

6) “Me me” moaning about lack of crowd

One of the most entertaining aspects of fan free life has been hearing the entitlement of those players that need the constant adulation. After all, where’s the applause for anybody apart from our front line health workers? Richarlison mused: ” Playing without them doesn’t work. So I’d rather stay at home and protect ourselves.” Perhaps he should have thought about that before crashing into Thiago. Ronaldo’s take was a little more amusing. He misses the booing which was all we needed to know. The Portuguese exists to silence the crowd rather than start without the agitation. “Playing without fans is like going to the circus and not seeing clowns, it’s like going to the garden and not seeing flowers.” The guy is poetic on and off the pitch.

7) The wail of Carragher

Given the relative cricket-like calm of the sonics on broadcasting, the amplification of any yelps, screams or squeals of co-commentators has been amusing to say the least. Jamie Carragher struggles to keep his tribal loyalties from overspilling at the best of times. “Mo Salah, you little dancer”” anyone? During Manchester City’s destruction of Liverpool’s temple this month, his very audible “ooooohhh” when Allison misplaced a pass that led to Ilkay Gundogan’s goal was pounced upon as a prize nugget by Gary Neville. Gnev said he would use it as his ringtone. It certainly has a certain symphonic quality to it.

8) Holding off the brick s***house

Apart from Jordan Henderson’s constant jabbering, there has been plenty of scope for players to show their spontaneous banter on the pitch. Rob Holding did quite a good impression of a deadpan foulmouthed Jimmy Carr during Arsenal’s recent clash with Wolves that surely would have been missed with the normal crowd hectoring. Throwing the ball down after being penalised for stopping the muscle bound Adama Traore, the defender shouted: “He’s built like a brick shithouse, how’s he gone down like that?” He had a point. A career in stand-up awaits.

In these very pages, Johnny Nicholson condemned this season to the trash can that says not applicable (N/A): “Most obviously it has been the quiet, the nothing, the stillness; the acres of empty plastic seating. It has affected absolutely everything.” It has. It has also been a break from the force of feeling that we bring to our passion. Where does that go? Perversely, it might be a good breather. Losing and winning is not so terminal. It certainly does not feel like it at the moment. Human losses (Klopp’s Mum and Alisson’s Dad) are putting things in more perspective).Football obsession is putting all your eggs in one basket. There’s a life outside the 6.30 Sunday result that’s in YOUR control. A gap year is what we needed. Did we use it? Maybe…..

Footballers taking a knee before every game in total silence and solidarity was more striking than the reticent singing of a national anthem. It was a welcome stand in a game that was and is rampant with sneering and shocking abuse from the sidelines, the “free” press and social media. Just look at the last few weeks for evidence that colour shaming can make us go grey with age. Where’s the rage to change?

As an impact statement, the knee has lost its momentum and meaning, as Wilfried Zaha so rightly pointed out. Nevertheless, it was of a time and a place where everything was extraordinary in those few weeks when togetherness was the only way forward. Until division took over. Old habits die hard.