HomeSportSanto: ‘Issues to assess’ for Wolves as they chase ‘high standards’
Sport

Santo: ‘Issues to assess’ for Wolves as they chase ‘high standards’

Home All The News Santo: ‘Issues to assess’ for Wolves as they chase ‘high standards’ 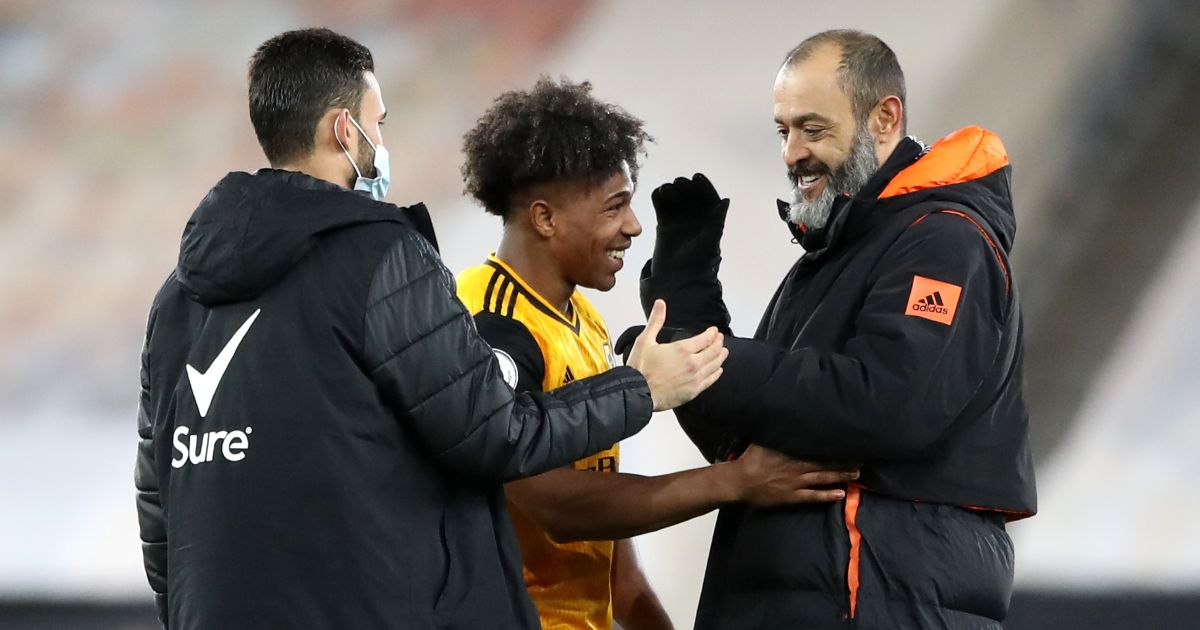 Nuno Espirito Santo insisted that he cannot fault the “attitude of his players” after Wolves beat Leeds United 1-0 on Friday night.

There were plenty of chances in the first half, but Wolves just about edged it. Nelson Semedo forced Illan Meslier into a couple of impressive stops.

Leeds United’s best moment came as Liam Cooper headed the ball straight at Rui Patricio after a ball in from Raphinha. Mateusz Klich’s cross in the opening half also came close to evading Patricio as it cannoned away off the post.

The second half continued in a similar vein to the first, with the decisive moment coming just past the hour mark.

Adama Traore powerfully advanced forwards before he unleashed a brilliant shot from range. His effort struck the bar, but it bounced off Meslier to roll into the net in unfortunate fashion for Leeds.

The visitors looked to have equalised in the 77th-minute, but the goal was chalked off. Patrick Bamford finished emphatically after being played in by Tyler Roberts, but the forward was narrowly offside.

This win sees Wolves leapfrog Leeds in the table, as they now sit 11th. They are now unbeaten in their last four Premier League games.

Speaking post-match with BT Sport, as cited by BBC Sport, Santo praised Traore for his “beautiful strike” that led to his side’s winning goal:

“They have a unique approach to the game and the boys did really well.

“In some moments we were stronger but Leeds also had chances and created problems for us.

“Players like Adama [Traore] and Pedro [Neto], when they have the ball and start running, are really dangerous. It was a beautiful strike.

“It is a hard moment for the keeper but he did very well.

“We still have some issues to assess but the approach that we have during these tough moments – always believing, always committing. You can’t say anything about the attitude of the players. But we chase the high standards we have and let’s keep on doing that.”

Where will Baker Mayfield play next season? I FOX BET LIVE