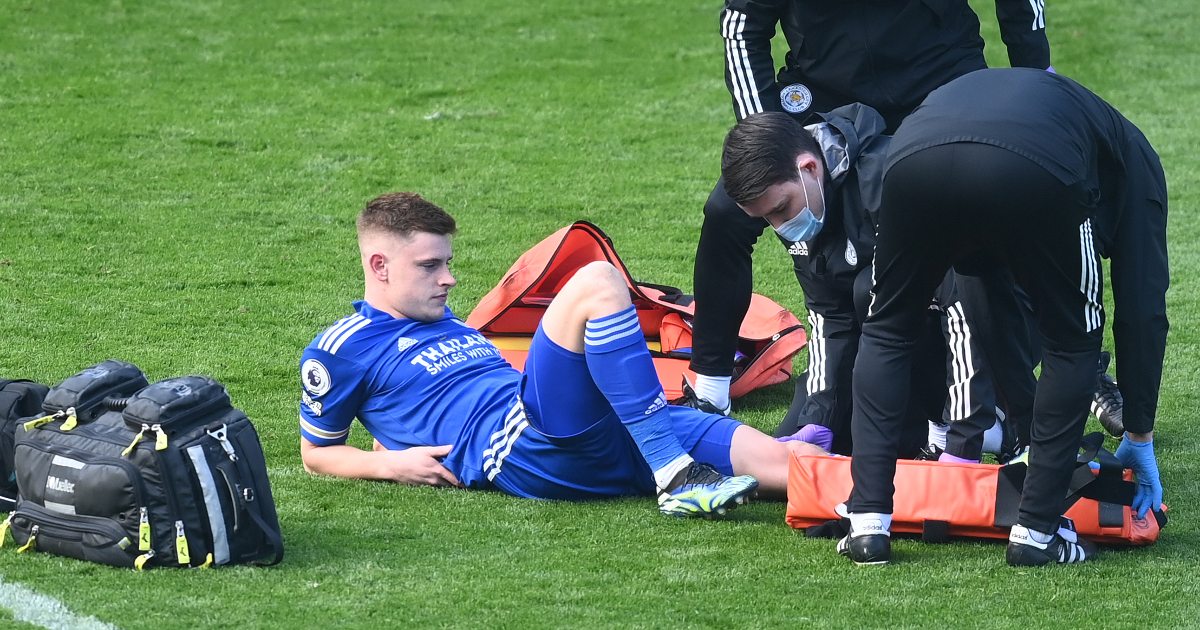 Brendan Rodgers has confirmed that Leicester City star is set to have surgery on his knee after being forced off injured against Arsenal on Sunday.

The Foxes lost 3-1 to Arsenal on Sunday in a game which also saw Harvey Barnes taken off on a stretcher with a knee injury.

Rodgers said after the game the England international is likely to be out for six weeks and he reiterated that on Monday afternoon, confirming Barnes is due to go under the knife on Tuesday.

With so many absentees, Rodgers feels Leicester have so far surpassed their achievements of this stage last year.

They currently sit third after 26 games – just as they did last term – but have amassed one point fewer, with Rodgers now keen to kick on after Leicester dropped out of the top four on the final day of the Premier League campaign.

“I believe so, in terms of until this point yes,” he replied when asked if the current injury situation meant his side were having a better season to date.

“We have had injuries of course but we have also had European football to contend with and I think we see it with some teams that it can prove difficult but the players have been absolutely brilliant up until this point.

“But we haven’t done anything yet, people talk about the top four but for me, my attitude is that we are not in the top four until we see where we are at after the last game of the season.

“There is nothing to lose then because we haven’t got anything yet, you have to get to the end of the season and see where you finish in May and look at it from there.

“There are 12 games to go and it is a process now over these next three months and it is something we are going to relish and enjoy.”

Leicester travel to Burnley on Wednesday night with two more players continuing to nurse niggles and play through the pain.

Rodgers revealed Jamie Vardy was suffering from a sore groin following the Arsenal game but will be fine for the trip to Turf Moor, as will defender Jonny Evans – who came off after 69 minutes against the Gunners.

“He’ll have a scan later today just to see where that’s at,” Rodgers said of an ongoing calf issue for the former Manchester United player. “Jonny’s from the old school, he’ll play through anything and everything to help out his team.

“It’s been an issue for a few weeks and, early in the game yesterday, it was aggravating it up to a point where, later on, he couldn’t continue. We’ll get a scan done on that today and see where he’s at.”