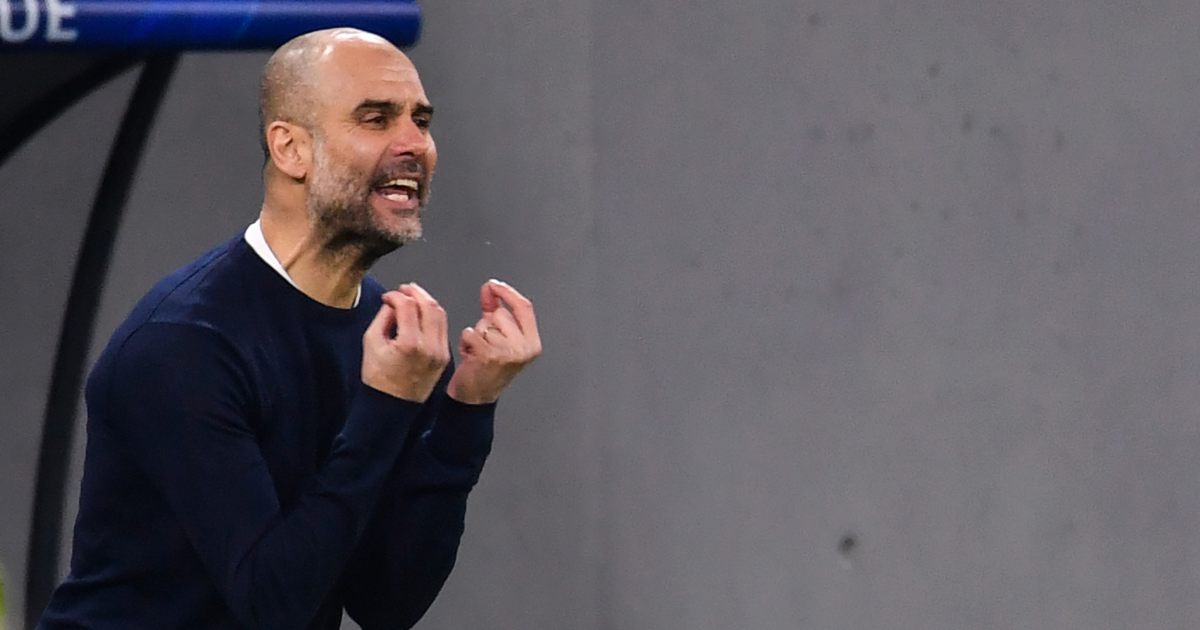 Pep Guardiola sarcastically claimed that Man City will beat Southampton 18-0 when the sides meet on Wednesday after a reporter annoyed him with a line of questioning.

Despite that result, City are still top of the Premier League by 11 points and will be confident they can go on and win the title now, starting with their match against Southampton on Wednesday.

FEATURE: Five PL players back from the dead this season…

On Southampton, who lost 9-0 to Man Utd earlier in the season, Guardiola said: “I’m a big fan of the style and the way Ralph [Hasenhuttl] and his team are playing. I don’t see the table I see the quality they have and what they do, so another test.”

Before asking Guardiola: “Is that something you will bear in mind?”

“What a question! Listen [United] score nine when they play 88 minutes 10 against 11. Do you think this is a joke?

“That we are going to score nine goals or 18 goals tomorrow? Come on, be serious. We are just trying to win the game. It’ll we be a success for us to win the game, that’s all.”

On whether he will start Sergio Aguero or Phil Foden on Wednesday, Guardiola continued: “Maybe, I will decide tomorrow. I have an idea in general of the guys who will play but I have a few doubts.”

Previous articleCrossover: Who’s Under the Most Pressure to Perform in the Second Half?
Next articleGuardiola: City ‘suffered’ but their ‘quality’ was the difference
Advertisement
Facebook
Twitter
Pinterest
WhatsApp