Prick of the Week No. 24: Conspiracy theorist Ole Gunnar Solskjaer 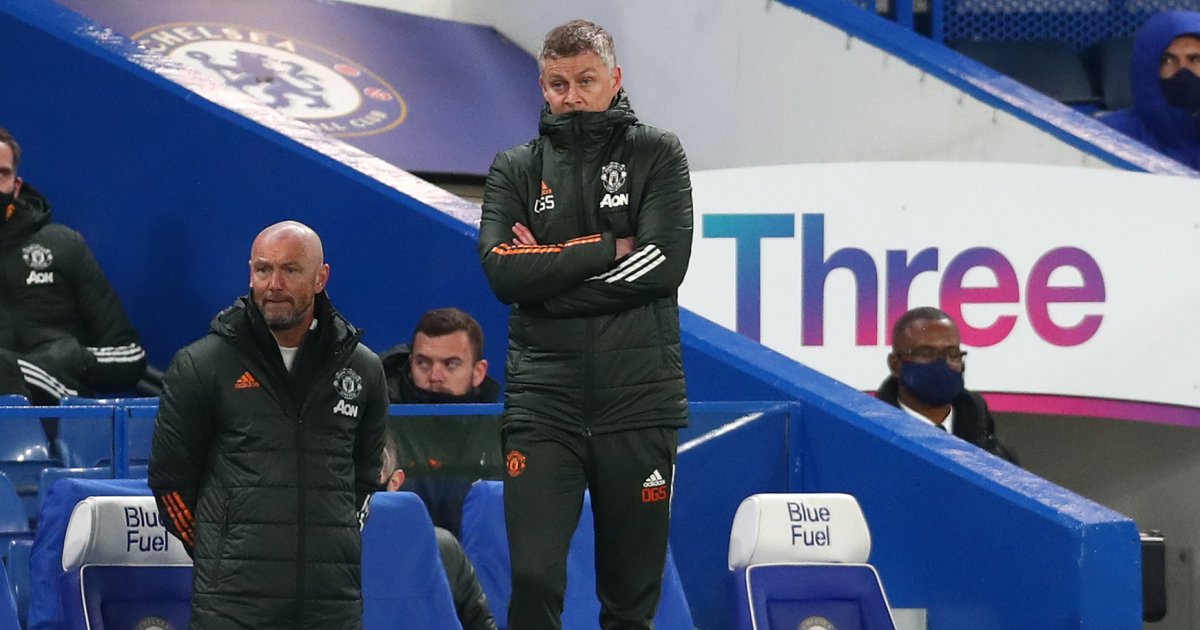 So who’s this week’s prick then?

In shameless pursuit of numbers, this week’s prick is the manager of Manchester United Football Club, Mr Ole Gunnar Solskjaer.

One thing we’ve learned from these features in recent weeks – and this has surprised us to be honest – is that we don’t hate referees anywhere near as much as we hate people using the officials as a deflection.

We made the rule right from day one that “VAR” could never be prick of the week, and it’s actually been quite easy to stick to that, because VAR is never as prickish as the people moaning about it. The whole thing only exists because it was mutually beneficial for media and managers alike to make refereeing ‘errors’ the focus of analysis. Easy controversy for the media, easy blame-shifting for the managers. What few perhaps predicted – although in hindsight we absolutely should have – is that VAR would only exaggerate this.

And so, on Sunday afternoon, weeks after referees had been the subject of high-profile death threats, the manager of the biggest football club in the country decided to deflect attention from his team’s 723rd 0-0 draw in a row against ‘big six’ opposition by pinning everything that happened in the game on a marginal decision over an incident in the 14th minute.

For what it’s worth, I thought Callum Hudson-Odoi’s raised hand was enough for a penalty to be awarded. I was quite surprised when it wasn’t, especially after Stuart Attwell was sent to the screen. But it was certainly not a clear-cut stonewall penalty.

And even if it was, what it absolutely did not do was, as Solskjaer claimed, cost his side two points. It happened in the 14th minute, for one thing. There were 76 minutes for United to make the referee’s ‘mistake’ irrelevant. On the flipside, had a penalty been awarded and scored, there were 76 minutes for Chelsea, spurred into action, to take something from the game. It shouldn’t really need saying, but going 1-0 up in the 14th minute does not settle a football match. Who knows, Chelsea might have been spurred into life by the setback and gone on to win the game. We don’t know. That game doesn’t exist, those 76 minutes occur only in a hypothetical universe.

But even then, Solskjaer’s railing against the decision isn’t even the prickiest part of the prickery. That was the unpleasant blob of conspiracy theory bumgravy he dumped on top.

That this turned out to be based on Luke Shaw mishearing the conversation, a fact confirmed by Maguire himself.

It’s a shame, in a way, because if Attwell really had decided not to give a penalty because giving one would “create a lot of talk after” we could all have had a giggle enjoying this controversy-free silence that has clearly followed not giving it.

Solskjaer isn’t at Klopp levels of excuse-making, but this is not his first weird one. The officials were also his target after a home defeat to Sheffield United, a game which provides the clearest possible example of one in which the referee could produce the worst performance in recorded history and it not matter if you and your team do their jobs properly. He has also this season complained about early kick-offs (like everyone gets), the absence of fans in United’s ground (like everyone else’s ground) and only getting an extra week rest and recovery at the start of the season.

Probably was a penalty. Wasn’t a lot else to talk about after United played for and got the 0-0 they go for in all these games since that increasingly weird-looking twatting off Spurs.

So what happens next?

Bruno Penandes (ROFL) scores the winner from a controversial penalty against Crystal Palace tomorrow or, better yet, Manchester City at the weekend.

Two 4-0 wins aren’t rich seams to mine for Mourinho antics, especially after the bounty of recent weeks. But Mourinho is self-aware enough to know that those wins come at a cost to him, achieved as they were by doing what every Spurs fan has been screaming at him to do for weeks and let the attacking players off the leash. This, then, is a holding week. Either way, he’s only days away from claiming credit for Gareth Bale being “better than ever” or shouting “SEE? I TOLD YOU” when this new, vibrant Spurs lose 4-1 to Fulham.

Brighton’s own attempts to place refereeing shenanigans above their own comical failures to score any goals were Solskjaeresque. Boris Johnson throwing his weight behind a 2030 World Cup bid by inevitably being utterly unable to resist the “bring football home” soundbite despite it being literally the worst possible thing to say if you actually want the UK to get the World Cup.

The Real World: New York Cast Is Having A Historic Homecoming