HomeSportPrick of the Week No. 23: Roy Hodgson and self-serving warnings
Sport

Prick of the Week No. 23: Roy Hodgson and self-serving warnings

Home F365 Features Prick of the Week No. 23: Roy Hodgson and self-serving warnings 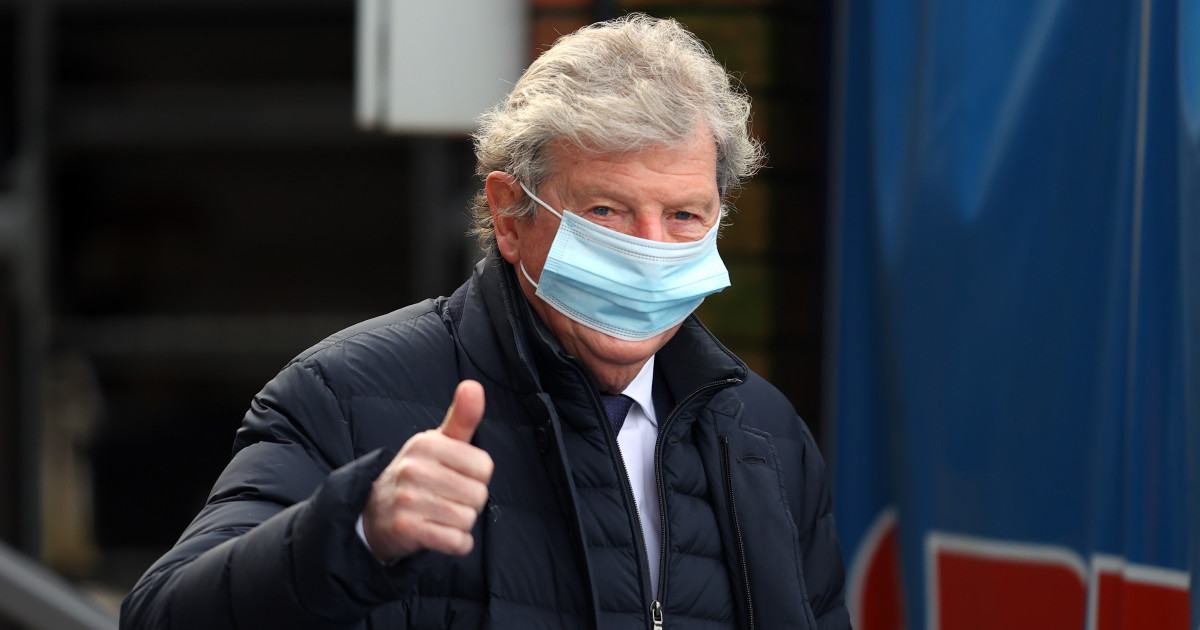 In which we mercilessly kick a lovely but really old puppy. Which is just a dog, isn’t it? We’re just kicking an elderly dog. That’s probably fine.

So who’s this week’s prick then?
We’re not proud of ourselves for this, but it’s Roy Hodgson. I know, lovely Uncle Roy. He’s a kind and good man, but he has done something a bit prickish. Also, as with Your Harry Kanes, Your Peter Beardsleys and the Steve McClarens of this world, we’ve stopped thinking about Hodgson as a real-life actual person and see him entirely through the lens of his Athletico Mince avatar which in his case is a Warhammer-obsessed psychopath. Don’t think we’d have been able to bring ourselves to brand Hodgson a prick otherwise. Even if he’d been a prick, which he has (see below).

Faced with criticism of another season spent plodding along just about surviving in the Premier League but not doing any more than that – although after saying that stuff he did go on to complete one of the more banter Premier League wins of the season, so fair play for that – Hodgson wheeled out the same old warning we’ve heard so often before. Be careful what you wish for, basically.

“People need to be careful. When Alan Curbishley left Charlton many years ago, they were constantly in the top half of the table, it was because fans were not happy and thought that finishing in the top half wasn’t enough and that they needed to kick on. They did, they kicked downwards and that is the only problem. You have to be careful.”

Now there’s a few bits here. First, if you’re still grasping for Curbishley and Charlton, by your own admission something from ‘many years ago,’ that’s a bit of a suggestion your argument might not carry huge weight.

Second, it’s also nakedly and cynically self-serving whenever any manager does this. Don’t strive for more, accept what you’re given by me which I’ve decreed to be the best you can ever expect to get and therefore by definition is that.

Third, and most importantly – especially now with, well, *gestures generally at everything* – it shows no understanding of what being a football fan is or should be.

People in the game genuinely seem to forget that it’s not a job for everyone else. Everyone else follows football because, at least in theory, they enjoy it and get something out of it. Dreaming and hoping for better days is all part of that. No matter where your team sits in the ladder, there is always something better that might be just around the corner. It’s a huge part of the whole psychology of following any sports team. And you don’t get to dictate to fans what they do or don’t want, even though it is admittedly currently far easier to do so given the absence of supporters. (An aside: imagine 60,000 Spurs fans telling Mourinho “You’re not special any more” and suggesting f*** off back to Chelsea and then wonder if Daniel Levy would be quite so content to do absolutely nothing about the unfolding disaster every single human on earth apart from him can see so clearly).

There is nothing remotely unreasonable about Palace fans wanting to aim a little bit higher than a solid 14th place finish year after year after year until the seas rise and claim us all. It’s not reckless or ungrateful it’s just normal. You might end up being Charlton, sure. But you might also end up being Leicester.

Daring to dream is not a bad thing. And in many ways right now it’s all we’ve got.

Mitigation?
Following up an instruction to never dream of something unlikely or special and then pulling off the smashiest and grabbiest of victories in your biggest game of the season is decent, to be fair.

So what happens next?

Palace finish 14th, safely clear of relegation but not much else.

Mourinho Corner
Here we go. The Death Spiral continues apace with Mourinho now attributing blame to specific players and general assorted other sources but never, crucially, himself, insisting that he and his coaching staff remain “second to none” while The Athletic publish a damning story from Tottenham sources that manages to be both utterly extraordinary in its detail – pretty much no training based on attacking, no plan beyond twatting the ball up to Kane and Son, a self-defeating obsession with banging on and on about never making any mistakes ever until players are terrified of their own shadows – yet simultaneously saying nothing that couldn’t be deduced from watching the last 10 or 15 Spurs games.

As ever with Jose, we’re always keen to look ahead to what comes next, and Gareth Bale’s return to form against Wolfsberger and apparent decision to go rogue in the second half against West Ham and just play the attacking football he wants to play rather than whatever humdrum nonsense Jose wants creates a problem. On the one hand, Spurs looked far better (or at least less appalling) with Bale given such licence. On the other, it makes Mourinho look bad. Two choices here: he either banishes Bale back to the bench again – tough to pull off now he’s shown glimpses of being something like The Old Bale – or he leans into his good fortune and seeks to take credit for it. Either way, it’ll be prickery. Classic Jose.

Dishonourable Mentions
Jurgen Klopp has now Gareth Keenan’s calculatored his way right through his big book of excuses and landed upon the Almighty himself. We’re also growing increasingly narked at deliberate nonsense being aimed at VAR and referees by TV pundits whose OTT coverage of refereeing decisions are a huge and rarely-mentioned (by them) part of why we are where we are; Graeme Souness on the naughty step this week for suggesting that they’re just making it up as they go along. Unhelpful and untrue, offering no insight or understanding.

79% Of Americans Believe More Money Will Make Them Happier. Here’s Why They’re Wrong