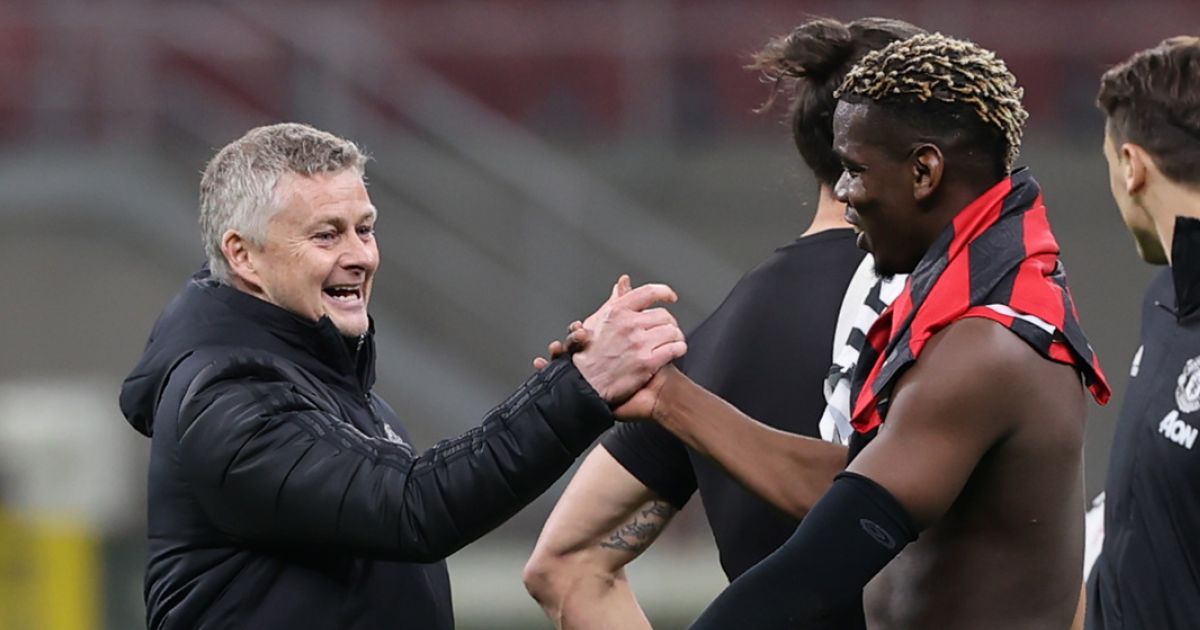 Manchester United were second-best for three quarters of this Europa League tie. Given the final result, that should be read as a compliment to their mindset and game management rather than criticism.

While Milan’s goal in the first leg at Old Trafford came desperately late, few could argue they hadn’t deserved it over the course of the 90 minutes.

And Milan were the better side in the first half here as well. But when crunch time came in the second half of the second leg, United got the job done with 45 hugely impressive minutes.

Paul Pogba will, as Paul Pogba does for good or ill, get the headlines. His instantaneous impact after coming on as a half-time sub was spectacular, the one player to keep his calm and composure and to just take a breath during a fearful goalmouth scramble, feinting once before flicking a deft and clever finish to give United a lead in the tie they would never relinquish or, crucially, ever look likely to.

Pogba was also instrumental in what was to follow, but so too were so many others. Maybe our view is slightly coloured by having spent the previous 120 minutes watching Tottenham players sh*t the entire bed in Zagreb, but United’s game management in shutting the game down and seeing things through was impeccable. Dean Henderson, at fault for Milan’s goal last week, was impeccable. Harry Maguire racked up another 90 minutes and looked better than ever, while Victor Lindelof can have had few better games in his United career. Fred was much improved too after the break, while the attacking players – though generally well shackled by Milan – always offered an outlet and respite.

It’s glib to draw too many comparisons with the travails of their former manager’s current club, but the contrast in approach and mindset compared to Spurs’ against greatly inferior opposition really was stark. Even when defending, United were positive and proactive. They were on the back foot for fairly lengthy periods of the game – as they surely knew they would be – but were never passive. Never did it feel like the game was something happening to United.

It really is a hugely impressive win, and a crucial one. There was a sense in the build-up of Ole Gunnar Solskjaer getting his excuses in early, playing down the importance of silverware in a way that would have appalled the 2019 Solskjaer. The 2021 Solskjaer appeared to be keen to claim that a distant second place in the league was the real quiz. The idea that finishing a distant second really represents significant progress or a markedly more impressive achievement than a distant third or fourth is a bit daft. Without a meaningful challenge for the title, it amounts to much the same thing and carries the same reward. United finishing second in the league this year is not going to represent the same achievement as, say, Liverpool doing so in 2018/19.

Barring something outrageous, the outcome of United’s league campaign is going to be Absolutely Fine, but no more nor less than that. The overall season, though, could still be something truly special after this fine display at a stadium that has not always been kind to them. United will finish in the top four comfortably, and that’s important, but augmenting that with a trophy – or two; Leicester await in the FA Cup at the weekend – would be huge. It would fill a glaring gap on Solskjaer’s managerial CV and go a long way to answering the questions that inevitably linger about his suitability for a job of such magnitude.