Palace star Cahill ‘feeling good’ and not planning to retire 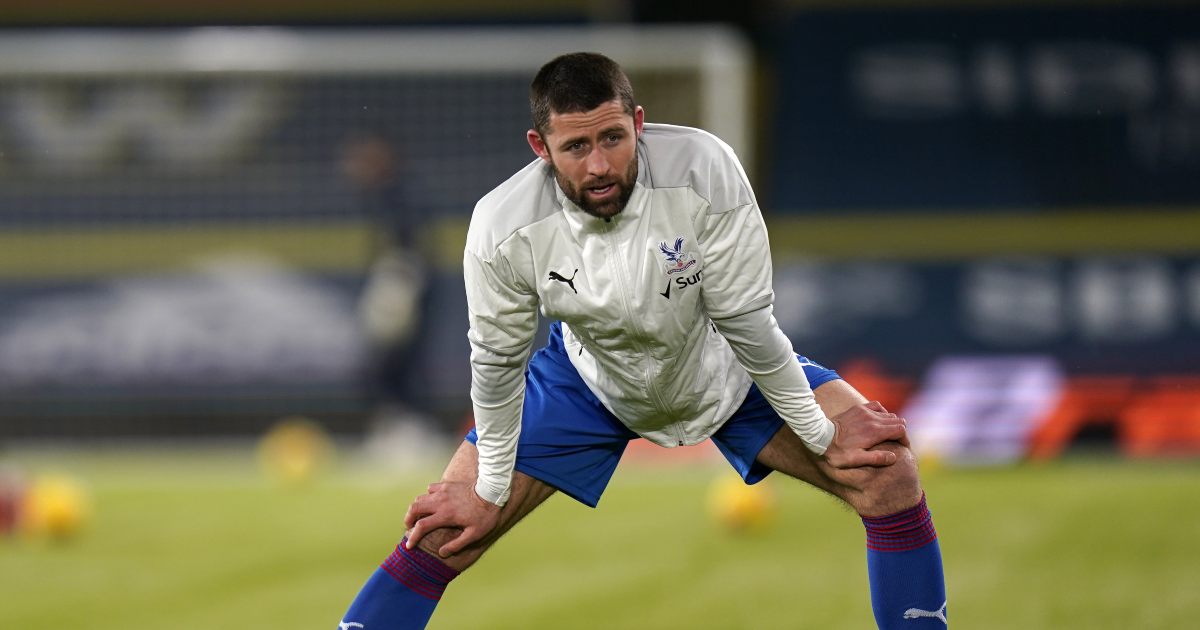 Former England centre-back Gary Cahill is relaxed about his contract situation at Crystal Palace and has no plans to retire.

The defender turned 35 in December and will be a free agent in the summer but is enjoying his football with the Eagles despite a stop-start season.

Sunday’s goalless draw with Fulham was Cahill’s first clean sheet of the season after a hamstring injury and other niggles have restricted him to only 11 appearances this term.

After he starred in Monday’s win at rivals Brighton, the former Chelsea ace impressed again last weekend and is not ready to call it quits any time soon.

Cahill said: “By the end of the season, as long as I feel as fit as I do now, feel as hungry to win games, go out and perform and train as I do now, then for sure I’ll carry on playing.

“That is what I feel like at the moment, I am enjoying playing football. I can’t wait for the fans to get back, like everybody, but I feel good, feel all right, enjoying it so long may it continue.”

After an excellent debut campaign with the south London club, Cahill could extend his stay in SE25 to a third season but is one of several players out of contract in the summer.

The likes of Mamadou Sakho, Patrick Van Aanholt, Andros Townsend and Christian Benteke can depart on free transfers as things stand while boss Roy Hodgson’s deal is due to expire on June 30.

“I’m totally relaxed about the situation myself, I’m in a different situation to some in terms of their age,” Cahill added.

“I’m just looking to consistently try and perform at the level I want to be at. I have been back the last two games where I would like to be and that is the goal until the end of the season. Then see what happens.

“I’m very calm about the situation, it is not too much of a stress at the moment.

“There are a lot out of contract and I am sure there are going to be changes made in the summer. I’m sure we’ll find out that news hopefully soon really so the lads can get sorted on their futures.”

On the agenda in the short-term is the tricky assignment of hosting Manchester United on Wednesday and visiting Tottenham on Sunday.

Given the attacking prowess of the pair, the Eagles will expect to do more defending over the next two matches but Cahill insisted they are keen to arrest their problems in front of goal which have seen Palace score only twice in their last four fixtures.

“We went for a 4-4-2 formation not that long ago and it was expansive and we played quite expansive and got a couple of bad results,” the experienced centre-back said.

“Defensively we’ve tightened up a bit of late but given that we don’t want to jeopardise our forward and attacking play, it’s stuff we can work on in training and go on as a team and create a bit more.”

Palace remain 13th in the table after Sunday’s stalemate while third from bottom Fulham are three points from safety.

Spurs visit Craven Cottage on Thursday and Whites manager Scott Parker is positive, insisting: “I see points from the next game.

“I understand the challenges, that’s the Premier League, but I firmly believe we’ll recoup now and we’ll prepare for another tough game.”

Texas boy mauled by dog while coming home from school