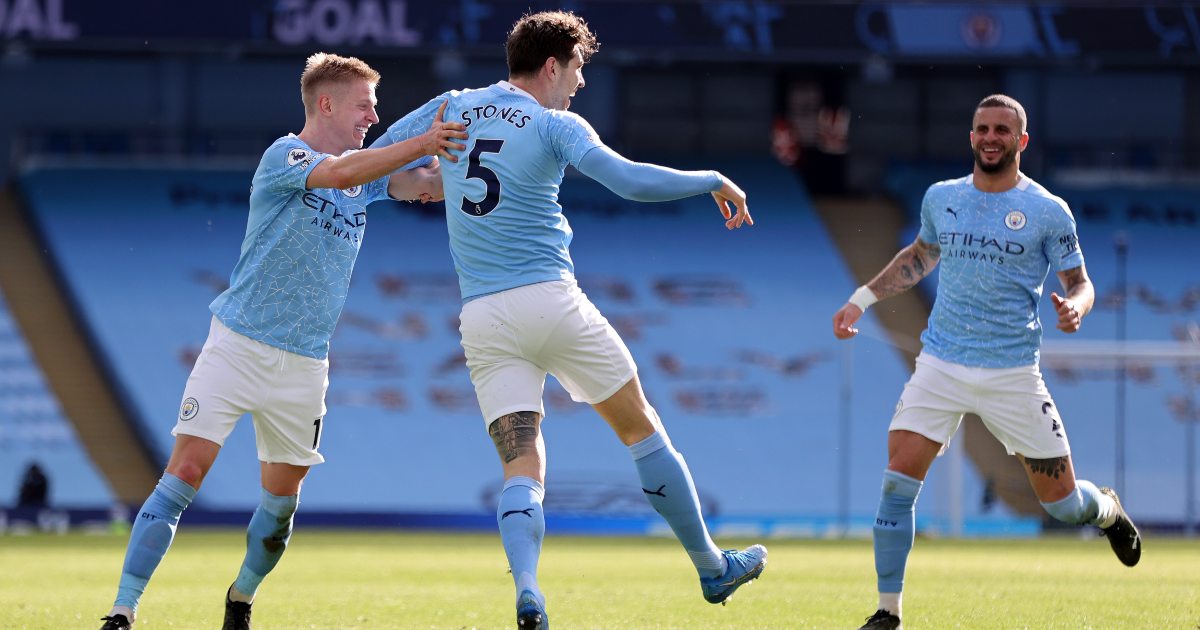 Gary Neville has suggested that consistency is the “most important thing” for John Stones as he tries to take away the stigma around him.

With his Man City career appearing to be all-but over, Stones has enjoyed a career resurgence this season.

The Englishman has formed a great partnership with Ruben Dias since they made their first start together in the Premier League against Burnley in November.

Stones has been involved in 13 clean sheets for Man City in the league. Speaking on The Gary Neville Podcast, the Man United legend admitted that City’s back four has surprised him:

“More confident, scoring more goals and giving less away is the most important thing for John Stones: consistency.

“John Stones needs two or three seasons of this to really take away those thoughts that we previously had, that he’s inconsistent, he lacks concentration and focus at big moments.

“But what we’re seeing now is a sustained run of games where he’s playing at the highest level in a great team and he’s not just been hid in that team.

“That back four: Cancelo, Zinchenko, Stones and Dias. If you said it would be that at the start of the season, I would have said, ‘That will concede goals’. It’s not, so they all deserve great credit. I love Cancelo. Having worked with him at Valencia, I always have.

“Stones, having been with him at England, I saw a great talent but you always thought about the concentration and that sort of focus in big moments in games, for 93, 94 minutes – not just 89 or 90.

“Dias is a sensational defender, he’s a brilliant player. Laporte, I played against him three times when I was in Spain, I first saw him for Athletic Bilbao and thought, ‘What a player he is’. I think he was only 20 at the time and we played two Europa League games and a league game against him and he stood out then, so when City got him I was like ‘he’s a player’.

“So they’ve got young defenders who are brave in terms of pushing up the pitch, brave in taking the ball, they’ve got good midfield players.”