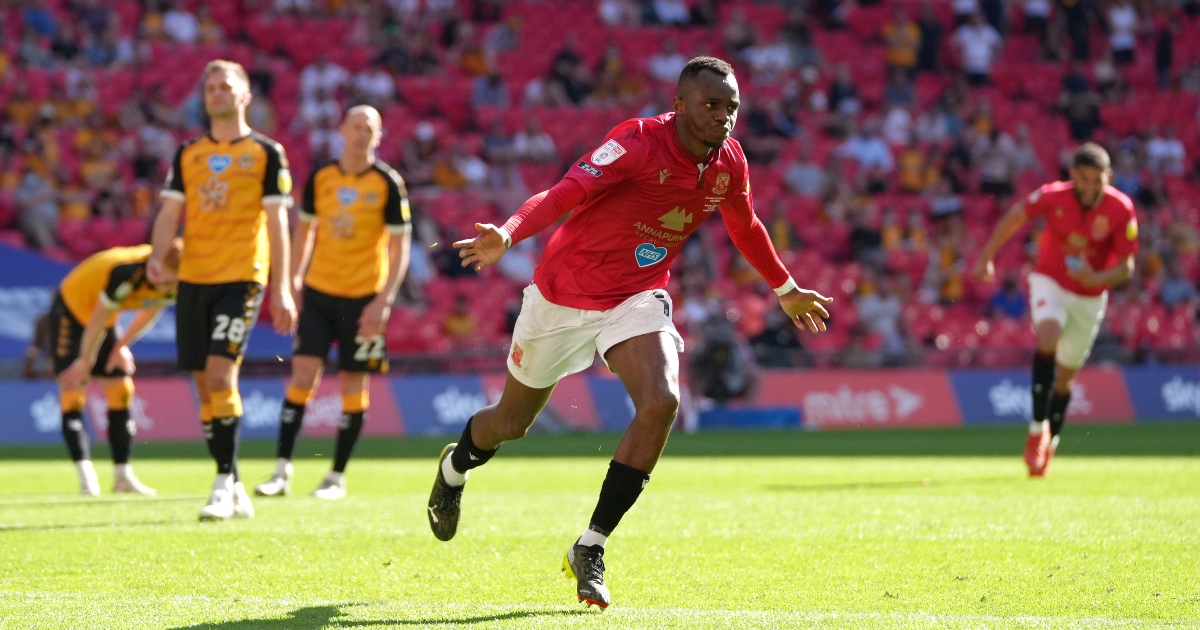 A controversial penalty decision gave Morecambe the crucial goal as they reached the third tier of English Football for the first time in their history.

Neither side were able to find the back of the net in normal time, but in the second half of extra time the deadlock was eventually broken by Carlos Mendes Gomes’ penalty.

The Spaniard sent goalkeeper Tom King the wrong way after referee Bobby Madley had pointed to the spot when substitute John O’Sullivan was brought down by Ryan Haynes, but the contact appeared to be outside the area.

Five of the most costly contract renewal mistakes…

In the absence of VAR, however, the decision stood.

Newport had a penalty shout themselves turned down in the first half, when Shrimps goalkeeper Kyle Letheren appeared to make contact with Scot Bennett’s head, but the referee that time waived play on.

The Shrimps managed to maintain their flawless record at Wembley, having won their only two previous appearances at the stadium – a 2007 Conference play-off final against Exeter and the 1974 FA Trophy final.

It was also manager Derek Adams’ second promotion from the fourth tier, having led Plymouth out of League Two in 2016-17.

With Wembley opening its doors to 9,083 fans, it was Morecambe who had the first chance of the game in the second minute when Mendes Gomes drove the ball wide of the target from the edge of the area.

Despite the Shrimps’s early pressure, it was Newport who came closest with Bennett’s header going just wide of the post after a long throw from Mickey Demetriou.

The Welsh club felt aggrieved when Bennett was struck by Letheren having beaten the goalkeeper to the ball.

Newport continued to look dangerous from the long throw in, with another opportunity midway through the first half, but Josh Sheehan’s effort from the edge of the box lacked power and was easily gathered by Letheren.

The 34th minute was marked with applause from both teams in memory of former Morecambe player Christian Mbulu, who died on May 26, 2020.

Shrimps goalkeeper Letheren kept the game goalless in the 78th minute with a low diving save to deny Liam Shephard’s curled low drive.

With the prospect of extra-time looming, Exiles manager Michael Flynn brought on former Morecambe player Kevin Ellison, who became the oldest outfield player to appear in the EFL play-off final at the age of 42.

In added time Newport again went close, but captain Joss Labadie, who was recalled for the final after suffering a gashed knee earlier in the month, fired over from five yards out after being found by a well-weighted cross from Nicky Maynard.

With the game looking to be heading towards penalties, Morecambe were awarded the key spot-kick and Mendes Gomes made no mistake to seal his side’s historic promotion to League One.

Four ways holiday shopping has changed since the pandemic began