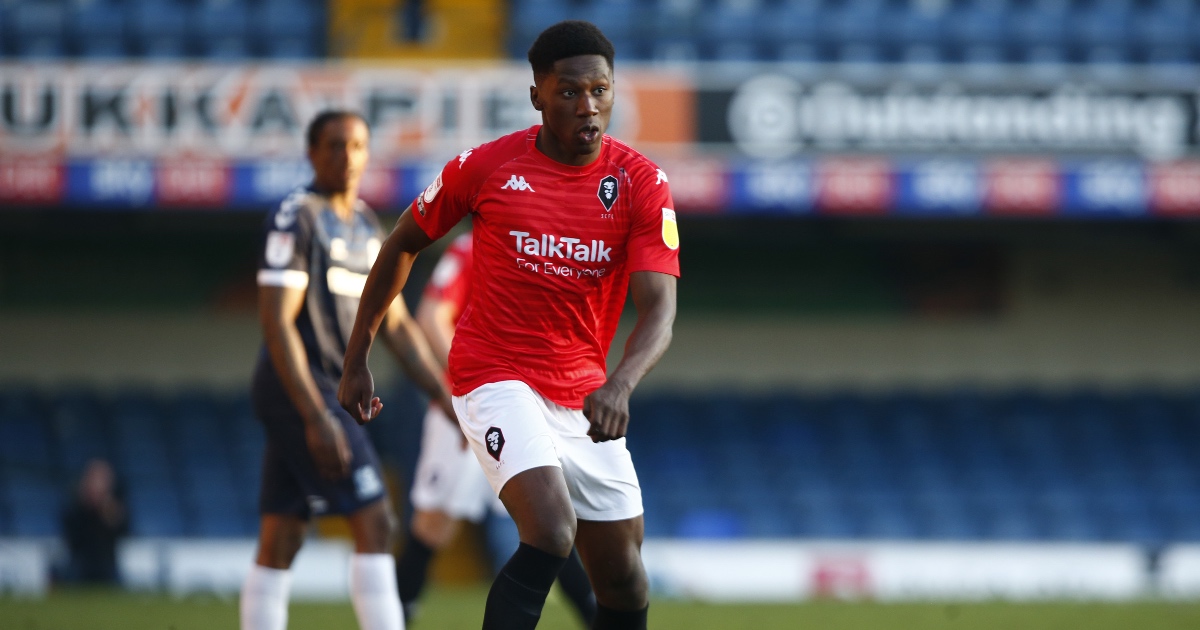 The 20-year-old is a talented centre-back who has been part of Ole Gunnar Solskjaer’s pre-season camp.

He will now spend the 2021/22 campaign on loan at Championship side Hull City in an attempt to gain more experience.

Breakout: One fringe player per club who could emerge

The Tigers have already brought in three players on free transfers, as well as Ryan Longman on loan from Brighton and Nathan Baxter on loan from Chelsea.

Speaking after the move was confirmed, Bernard told BBC Radio Humberside: “I’m very excited to join Hull City and hopefully it can be a very successful season for us.

“They’re a big club, they used to be in the Premier League and hopefully they can get back to that spot and I can do my part to get them there.

“I think they (the fans) can expect me to be very aggressive, someone that’s good on the ball, brings the ball out, plays through the lines, very vocal.

“I’m a shot-blocker so they can expect a lot from me.”

McCann told Hull’s official website: “The fact he’s been in the Manchester United first team the past few weeks and been part of their pre-season plans shows how highly they think of him.

“From speaking to Michael Carrick, and one or two other people at Man Utd and Salford, I feel it’s a positive progression for the lad.

“He’s confident and got lots of qualities; he’s quick, good at handling the ball, aggressive in the way he plays, wants to play on the front foot and likes to drive forward.”

Bernard, who can also operate as a right-back if needed, has been at Man Utd since the age of 16.

He featured in the Red Devils’ pre-season friendlies against Derby County and QPR.

This is the second loan spell of the player’s career.

He spent last season at Salford and made 29 appearances in League Two, scoring two goals.

He helped the club to finish eighth in the table on 71 points.

Pelosi insists defunding the police is not Democratic Party’s position