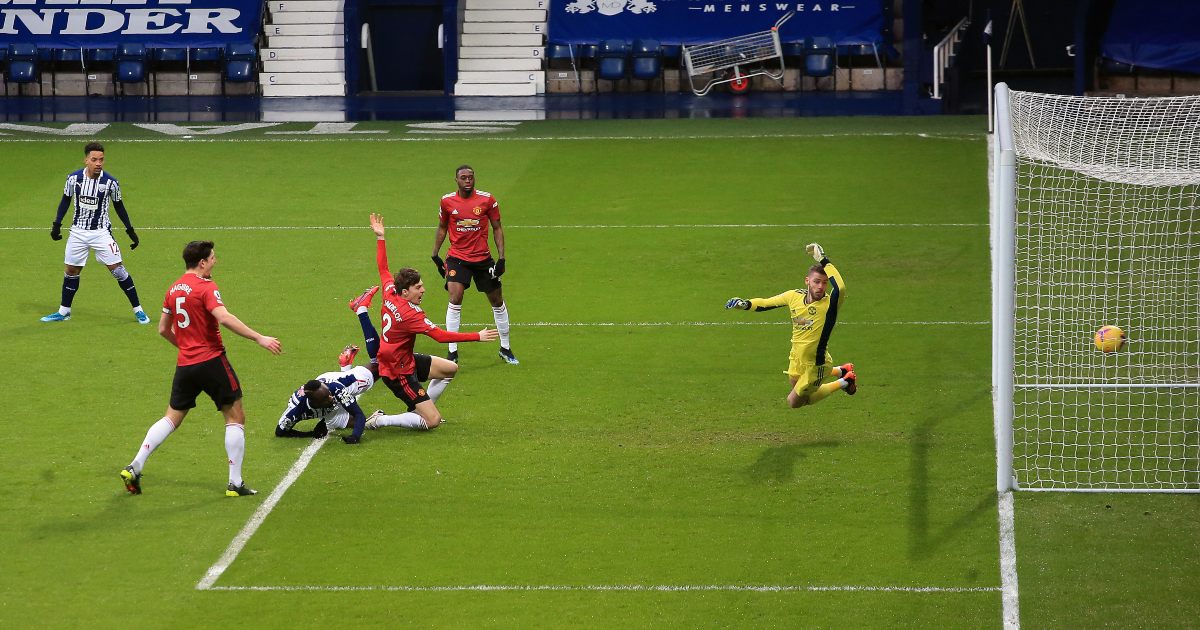 Man Utd captain Harry Maguire has defended Victor Lindelof after the Swede was criticised during their 1-1 draw with West Brom on Sunday.

Mbaye Diagne gave the visitors a shock lead 80 seconds into the game and Ole Gunnar Solskjaer’s side failed to kick on after Bruno Fernandes superbly levelled just the break.

Gary Neville claimed that Lindelof was “mauled” by Diagne as the Baggies striker headed in Conor Gallagher’s cross.

But Maguire thinks Lindelof was fouled by Diagne and has stuck up for his fellow centre-back.

Maguire told MUTV: “It’s a big frustration. We know the first goal is crucial when you come to this place – but it’s a foul. I’m fed up of hearing ‘Vic can do better’. Of course he can do better, and I know he can.

“I’m fed up of hearing ‘people can do better’. ‘David [de Gea] can do better on the cross’. It’s a foul. It’s a foul from Billy Sharp on David [in the recent Sheffield United game]. If you get someone in the back, and if the big striker’s wrestling Vic and then puts his arms all over him, heads it in the back of the net, of course he can do better, but it’s a foul.”

Maguire added: “I had one disallowed at Burnley two or three weeks ago, and the difference is massive. You can’t tell me that I did more than the striker’s done there!

“So the inconsistency is something that we need to look at, but for sure, it’s a foul, and I’m not making up excuses, because Vic’s disappointed in there and he was disappointed at half-time. He’s reacted really well in the game. I’m sure he’ll feel it was a mistake, but like I say, I’m fed up of hearing about mistakes from defenders and goalkeepers when it’s a blatant foul.

“When are we going to get these decisions? As defenders and goalkeepers, you expect a fair decision. For me, I know Vic will be disappointed in there, and I’m sure he’s probably getting criticism, he knows he can do better.

“It’s a foul, so we shouldn’t even be speaking about this. He’s a big striker who’s bigger than Vic and he’s wrestling him, he’s got his arms all about it, and he heads the ball in the back of the net.”

Elon Musk Isn’t The Only Billionaire With 9-Plus Kids. Meet The U.S.’ Richest People With The Most Children