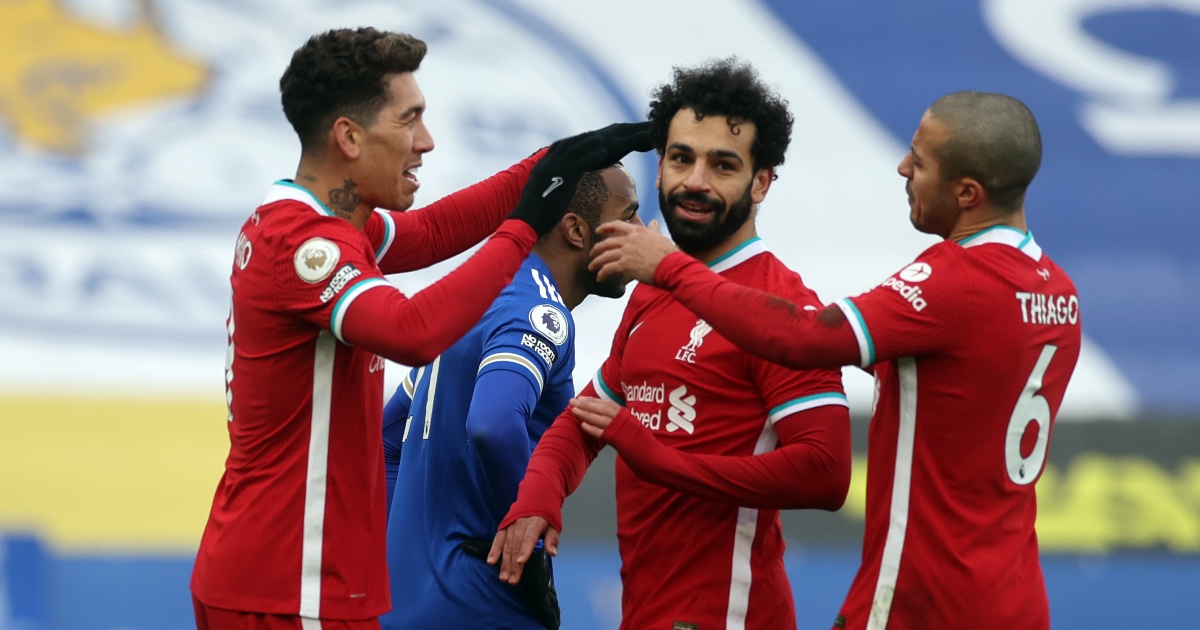 Liverpool v Everton is sexy as hell. Let’s take a look at the tactics…

Tactical pattern
It’s difficult to predict the feel of this game because Caro Ancelotti is frequently tweaking his system in recent weeks, and even with the return of Dominic Calvert-Lewin there is no knowing how Everton will look. Nevertheless Liverpool will no doubt dominate the ball at Anfield, reducing Everton to finding ways to break through Richarlison and Calvert-Lewin.

Anelotti certainly won’t press high onto Liverpool, focusing instead on packing central midfield (his weakest area) with bodies and hoping that Everton can endure for long enough to stay in the game. Liverpool’s 2-0 victory over RB Leipzig in midweek will be a huge confidence boost, but Everton present a sterner test.

Key battle zone
The most important zone of the pitch is around Liverpool’s centre-backs, and not just because there have been some notable errors committed here in recent matches. Many Premier League teams have shown that the best way to attack Liverpool is play long balls that force the centre-backs to backpedal; it took Leicester City 70 minutes to realise, but once they moved Harvey Barnes alongside Jamie Vardy Liverpool couldn’t handle the direct route.

Everton should follow suit, with Calvert-Lewin and Richarlison both using their strength to isolate Liverpool centre-backs and get the visitors firing. This is also the key zone from a Liverpool perspective, because Jordan Henderson’s distribution has been the key to raising the tempo and getting Liverpool back into a sharper rhythm.

Keep an eye on… Everton’s formation
Ancelotti’s formation selection is crucial. If he goes for the diamond 4-4-2 then Everton will, as in the 2-0 defeat to Fulham, be left very light on the wings, giving Liverpool’s full-backs a chance to dominate. Trent Alexander-Arnold and Andrew Robertson have gradually rebuilt their confidence recently, once again exchanging passes to drive Jurgen Klopp’s side forward. They must not be given the freedom of the wings.

But if Everton fall back to their old 4-2-3-1 then the issue becomes finding a way to get Richarlison, stuck on the left, into the game on the counter; since Liverpool’s centre-backs are weak, it may be a mistake to isolate Calvert-Lewin. The best option is Ancelotti’s 3-4-3: the deployment of wing-backs allows them to shut down Liverpool’s full-backs while leaving three on three centrally, plus Everton’s narrow front three can put Henderson and Ozan Kabak under concerted pressure.

One to watch… Thiago
Thiago is being unfairly singled out for criticism during Liverpool’s poor run of form, but the Spaniard is an understandable symbol of what has gone wrong. He ought to be the silky technician Klopp’s midfield has been crying out for, but without the same sustained possession as last season Liverpool are engaged in more chaotic matches – and that does not suit Thiago.

He looks too timid, weak in the tackle and unable to cope in the defensive transition. Much could depend on whether Fabinho passes a late fitness test to support Thiago, because if it is Georginio Wijnaldum in defensive midfield then Everton can hope to out-run the hosts through Abdoulaye Doucoure.

Broods Welcome You To Grieve On Space Island