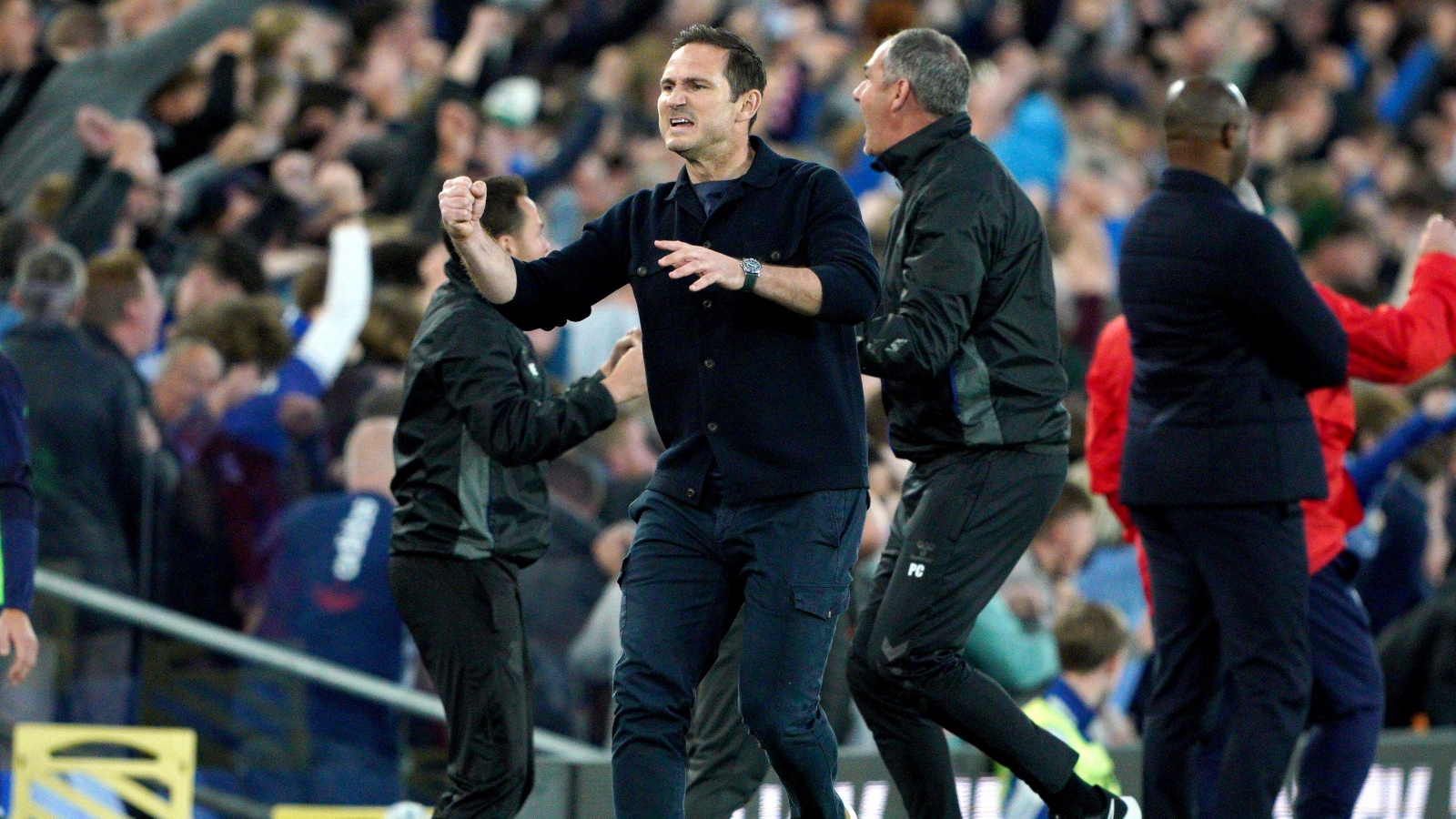 The Toffees went into the break at Goodison Park 2-0 down but rallied in the second 45 minutes to win the match.

Dominic Calvert-Lewin’s winning goal in the 85th minute sparked crazy scenes with hundreds of fans running on the pitch to celebrate.

Lampard was full of praise for the club’s fans, who have been imperative in Everton picking up points in recent weeks.

He told Sky Sports: “At half-time, we are not dead and buried but anyone on the outside would say that and it is the character of this club, the fans and the players that dragged us through.

“The spirit of the club was immense so I am overwhelmed and I have so much thanks for people because there are a lot of people who worked so hard for that to get us over the line. Namely the players, the board, the staff and my staff. It is a huge night for Everton and now we want to take that forward.”

Michael Keane reduced the deficit in the 54th-minute before Richarlison and Calvert-Lewin struck in the final quarter of an hour.

“If we don’t get that, the game goes on and it is probably difficult to get back and win it,” Lampard said of Keane’s goal.

“We knew we needed to win tonight because we kind of expected Burnley to get something (at Aston Villa) and the last day is a real difficult one for us, to go to Arsenal and have it all on that.

“That goal was crucial and once it went in, we felt the crowd and we felt our players, it was something about the night. Something felt special to me.

“It is easy to say now but as soon as we scored that goal, I felt we had a belief and the players to a man were incredible. The fans lifted them, the crowd reacted and we have created a special night in Everton’s history.”

Oklahoma Slides Two Spots to No. 4 in Latest AP Poll

The most important takeaways from Day 1 of NBA playoff action