HomeSportLampard: Everton must ‘stick together and work hard’ to stay up
Sport

Lampard: Everton must ‘stick together and work hard’ to stay up 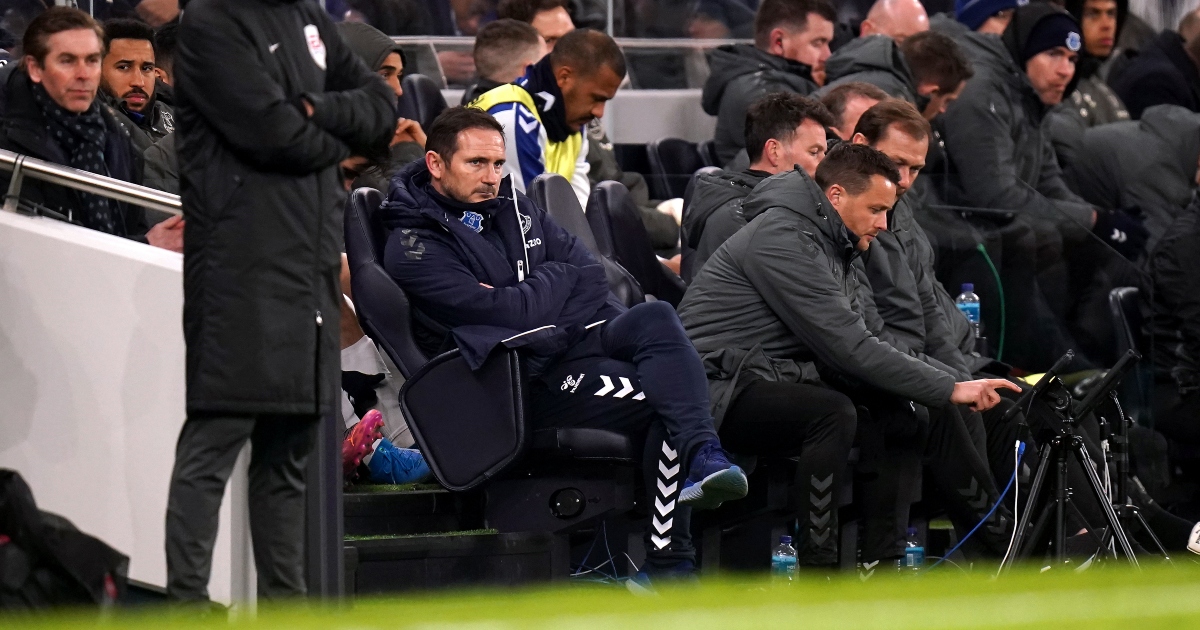 Everton boss Frank Lampard remains confident that his side can avoid relegation this season.

The Toffees were beaten 5-0 by Tottenham on Monday night and are one point above the relegation zone.

Everton did not contemplate being in a relegation battle at the start of the season but are facing an important final third of the season if they are to avoid the drop.

Lampard – who replaced Rafael Benitez in January – is confident his team will stay up and has urged his players to “stick together and work hard”.

He told Sky Sports: “Well beaten obviously, started alright first 15 minutes. We spoke about the counter attack, and we didn’t deal with it well enough. Individual moments of bad defending.

“Some of those goals are just mistakes. We have to think of the bigger picture, 13 games to go. Teams around us are difficult. Before I came in, there were issues and they are becoming clearer but important the positivity remains, not stupid positivity.

“Gives me a lot of food for though going forward. If you give away goals, the mental side comes in., But the football always starts it.

“All the messaging was clear but make errors and they will score goals.

“I have no problem with the challenge, I knew what it was, The general feeling has been very good and we cant lose that because people will throw things at us for one bad game.

“I had 20 years as a player. I had 100 periods like this. Everything is relative. It is important you stick together and work hard.

“I am confident, that doesn’t mean anything. I didn’t walk into the building with a magic wand. I am absolutely confident that is why I am here. The feeling at this club when I came here was we could be going down, it was clear around the city, it was up to me to change that and I thought we had changed that. But this is a test of that.

SRX at South Boston: How to watch, stream, preview, drivers to watch for the Superstar Racing Experience

Many Mouse Studies Happen at the Wrong Time of Day

From ‘WAP’ to ‘Montero’: Music’s New Sexual Revolution Is Here