HomeSportKlopp: ‘God is a Man City fan… you can’t win against God’
Sport

Klopp: ‘God is a Man City fan… you can’t win against God’ 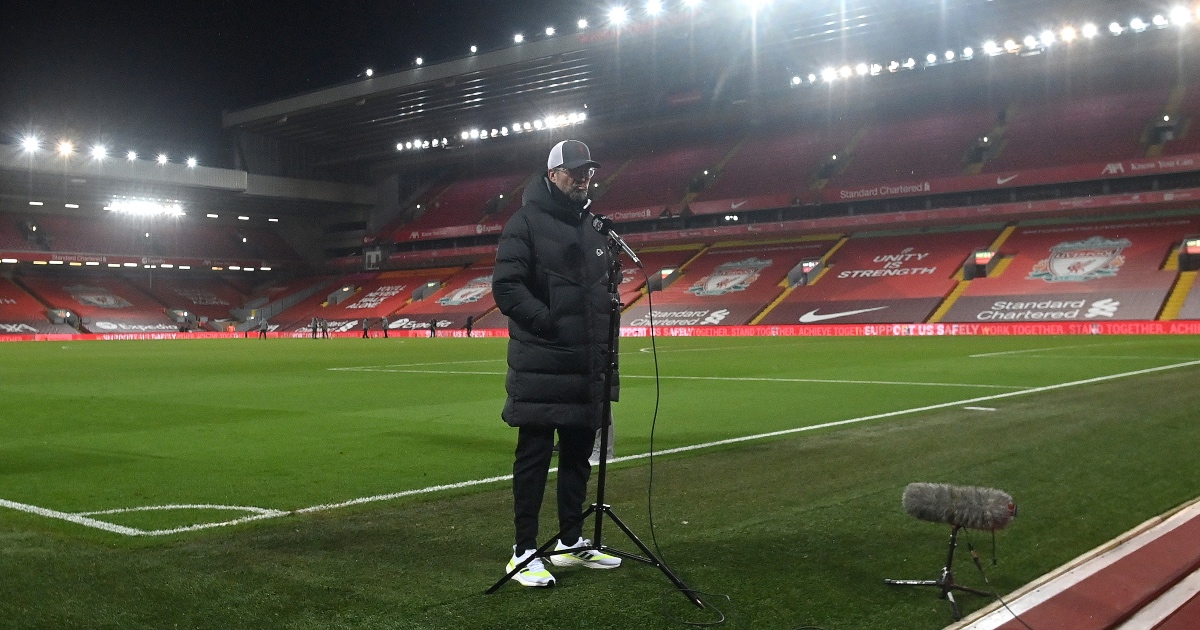 Jurgen Klopp says he is “convinced God is a Man City fan” as the Liverpool boss blamed the wind for his side’s defeat to Everton on Saturday.

The Reds were 1-0 down inside three minutes as Richarlison latched on to a James Rodriguez through ball and slotted past Alisson, before Gylfi Sigurdsson wrapped up the win from the penalty spot late on.

An exasperated Klopp was grasping at straws after seeing his side lose a fourth Premier League game on the trot, insisting “you can’t win against God.”

“I cannot explain really,” Klopp said in a post-match interview, reported by The Liverpool Offside. “I think us being dominant in games is becoming a familiar story, but the opponent still scores.”

“We controlled the quality of the opponent well—but the one mistake we make they punish. They could make 10 mistakes, but we didn’t punish.”

“You just cannot play football in this heavy wind,” the German went on to try explain. “I am convinced now that God is a Man City fan and that he will do everything to stop us. You can’t win against God.”

“Most importantly we have to admit that they scored twice, and we didn’t so that makes the result. Around their goals I think we created enough but we didn’t finish the situations off. We weren’t clinical.”