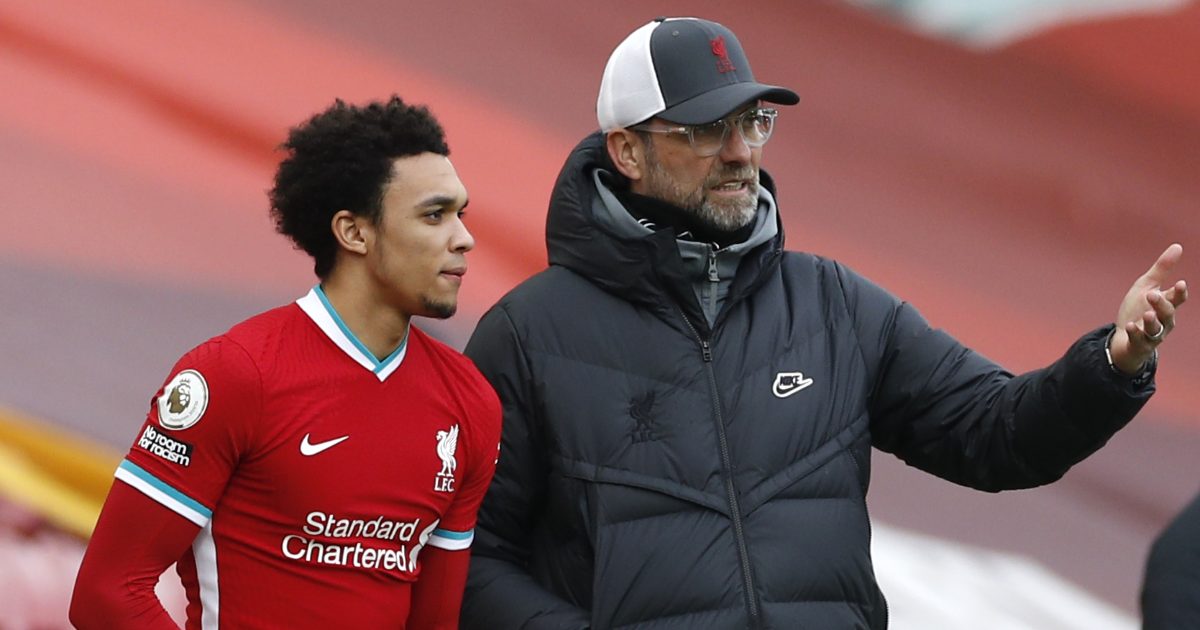 Jurgen Klopp has suggested that he was “surprised” that Trent Alexander-Arnold was left out of Gareth Southgate’s latest England squad.

Liverpool manager Jurgen Klopp admits he was surprised by Trent Alexander-Arnold’s England omission and did not understand the decision.

The 22-year-old, who has 12 senior caps, was left out of the World Cup qualifiers against San Marino, Albania and Poland after national team boss Gareth Southgate said the right-back’s performance level had dropped from the standards of the last two years.

“I was surprised when he didn’t get the call-up. I respect the decision, of course I do. But I didn’t understand it,” said the Reds boss ahead of the trip to Arsenal.

“I am a manager myself, I make decisions every day, every weekend, every midweek about team selections and squad selections.

“We always make decisions that other people probably do not understand.

“If Trent Alexander-Arnold is not in the squad of England then England must have an extremely good squad, let me say it like this.

“I respect that Gareth makes his own decisions, of course, but I didn’t understand it anyway because Trent Alexander-Arnold was in the last two seasons at least, let me say the season before and the season before that, the stand out right-back in world football – that is the truth and at an unbelievable young age.

“He started the season with Covid and you can imagine it took him a while to get into the season, but from the moment when he was in the season he was one of our most consistent players and a stand-out player.

“He could play all the time, high level all these types of things, so that cannot be the reason that he was not in the squad.

“If you compare Lionel Messi every year with his best season ever then he is not performing now like he was performing in 2005 and 2006 maybe but he is still the world’s best player.”

Klopp believes Alexander-Arnold offers England an option which could be invaluable in international football, especially against so-called lesser nations.

“It is about how you want to play. If you want to play against a deep defending side then, for sure, the crosses and the passes of Trent I don’t know anybody who can do that like him,” he added.

“He defends on a really high level for us as well. It is not his first skill but it is not bad.”

Klopp was so convinced the academy graduate was due to join up with England he had not planned for the defender to be involved in the training sessions he had scheduled with his reduced squad.

However, he was pleased to see Alexander-Arnold highly motivated when he joined in.

“We had sessions planned for after the call-ups when players who were going on their national duties had time off and Trent was in that group, just to show how surprised I was about it,” Klopp added.

“Then he showed up in training and we could see he didn’t go away.

“He trained at an extremely high level and he showed a reaction when there is no need to do so. He was really ‘in’ the sessions so that was good.

“He enjoyed the sessions a lot. He is a very ambitious boy and I know he wants to be in the England squad and he will try everything to be there again.”