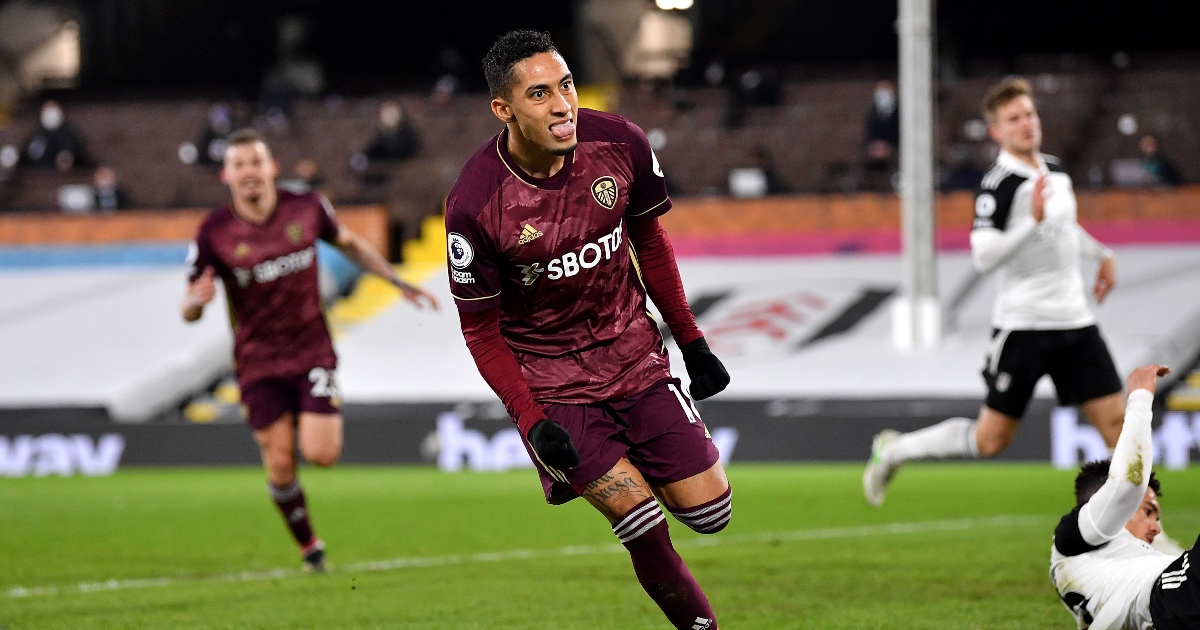 Patrick Bamford and Raphinha were on the mark for Leeds as the Whites ended their misfortunes in the capital with an entertaining 2-1 win over Fulham at Craven Cottage.

The defeat saw the Cottagers fail to grasp the opportunity to move out of the relegation zone for the first time since December.

After Bamford’s 29th-minute opener, Fulham’s Joachim Andersen got the equaliser with his first goal for the club.

But Raphinha then scored the winner, his sixth Premier League goal of the season, by slotting the ball past goalkeeper Alphonse Areola.

Marcelo Bielsa’s men had lost all five of their games in London this season, and were winless in their last 16 visits to the capital in all competitions, losing 14.

Leeds’ intensity proved too much for Fulham, who remain in the drop zone ahead of the crucial clash between relegation battlers Brighton and Newcastle on Saturday.

Leeds looked to have taken the lead in the eighth minute, only for Luke Ayling to be denied by VAR.

Ayling had lost his marker at the far post and headed home from a Tyler Roberts cross, but after VAR intervened, the goal was disallowed as Roberts was ruled marginally offside in the build-up.

Fulham uncharacteristically struggled to get out of their own half in the early stages of the match, and had difficulty coping with Leeds’ energy, especially in the middle of the park.

Fulham, who had been second best in the opening exchanges almost had the opener, when Josh Maja turned in the box before shooting towards goal from close range, but Illan Meslier was able to make the save.

Just moments later, it was Leeds who bagged the opener. Jack Harrison’s cross found Bamford, who made no mistake, putting it past Areola to break the deadlock just before the half-hour mark. The goal saw Bamford respond brilliantly to his England snub earlier this week.

Leeds’ advantage did not last long however, with stand-in captain Andersen equalising for Fulham from an Ademola Lookman corner.

Andersen beat Ayling to the ball before finding the back of the net with a volley for his first club goal since his arrival on loan from Lyon in the summer.

It was also the first time Fulham have scored from a set-piece since Matt Ritchie’s own goal during the draw at Newcastle in December.

At the start of the second half, Fulham definitely had to weather the Leeds pressure as they pushed for a second, which came in the 58th minute, just after Lookman had missed a chance to put Fulham ahead.

Another quick break, with Kalvin Phillips dispossessing Mario Lemina, before another defensive error from Fulham allowed the ball to be played through to Bamford, who found Raphinha, with the winger able to slot past Areola.