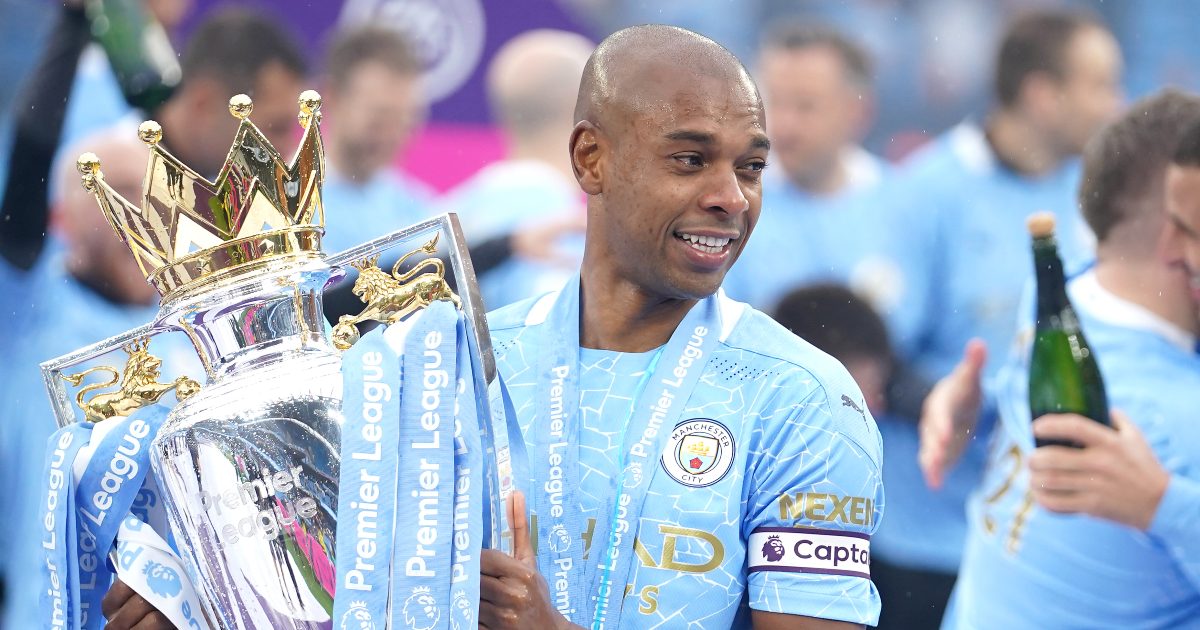 Manchester City captain Fernandinho has suggested that the club have reached new standards on their way to the Champions League final.

The Brazilian feels City, who take on Chelsea for European club football’s biggest prize in Porto on Saturday, have finally come of age in Europe after years of frustration.

This has been City’s 10th successive Champions League campaign but, despite considerable domestic dominance, only once previously had they even reached the last four, in 2016.

Fernandinho has been with Man City every step of the way since 2013 but his own personal quest dates back even further, to his debut in the elite competition with Shakhtar Donetsk in 2006.

The 36-year-old said: “There was still that stigma that the team had never made it to the final, that we were inexperienced in this competition, but I think this season our team has managed to reach a high standard, both on a technical level and in terms of experience, and in several other factors as well.

“Over the course of the season we’ve overcome many difficulties, and now we’ve reached a standard which is perhaps one of the highest this team has ever managed to reach, especially under Pep’s (Guardiola’s) management.

“There’s no doubt that it’s a special feeling. For me personally, having been playing in Europe for a while now, I’ve had a chance to play in many Champions League seasons and I’d only got as far as the semis with City, the quarters with Shakhtar, I’d never made the final, so it’s really satisfying.

“It’s a really happy moment, a huge honour, and there’s no doubt that it makes you even more motivated.”

City also go into the game on a high after winning the Premier League in convincing style. With the Carabao Cup collected last month, it has already been a memorable season but Fernandinho says there can be no easing up now.

“So we want to prepare as best we can so that, when Saturday comes around we play well, do what we’ve been doing all season in regards to our performance and character, and try to win this game which will be a big occasion for both teams.”

Fernandinho, whose contract ends after Saturday’s game and is yet to determine his future, is no longer a regular starter.

However, his commanding performance in the semi-final second leg against Paris St Germain showed how influential he remains.

He said: “There’s no doubt that as I’m a captain and the most senior of the club’s players, this is the point when you need to step up and try to organise things for the good of the team, because sometimes it’s easy for a person to lose their head when under a lot of stress or pressure.

“I tried to stop players from falling into this trap, so to not harm the team’s performance, because playing in a game at this level with a player like this makes a big difference.”