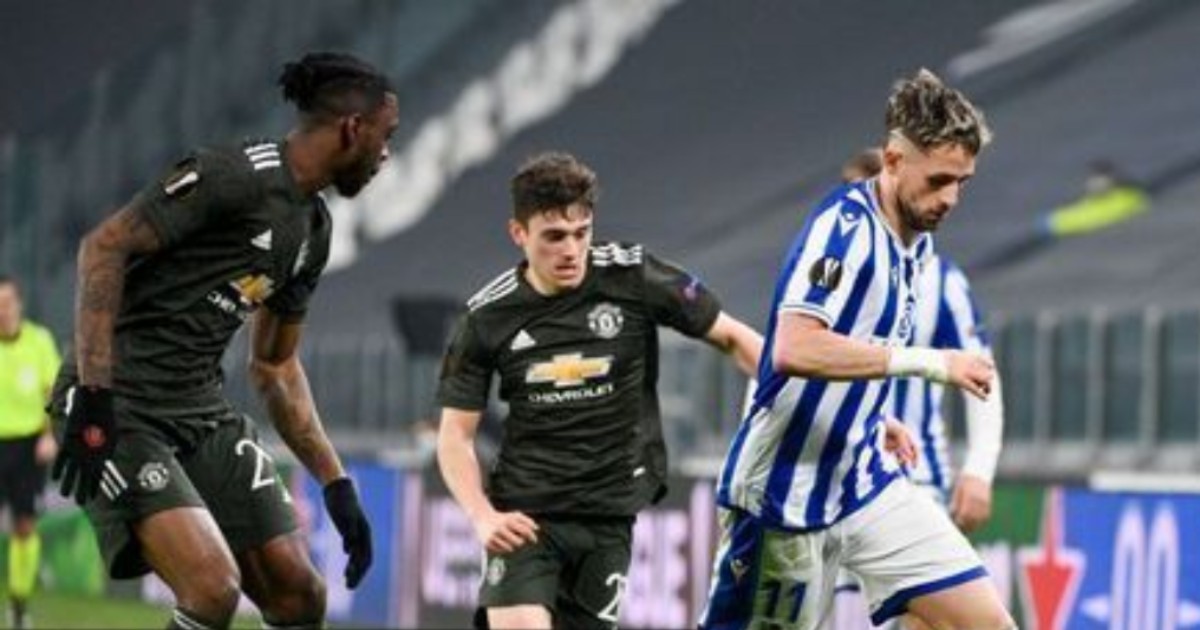 Dan James must be a manager’s dream at Man United. He is also quite clearly a little bully and there is actually plenty to be said for that.

There are, as ever, exceptions to the rule. But in the case of Daniel James officially Getting In On The Act, they handily came over a single week in August 2019.

He followed up a goal in the 3-1 defeat to Crystal Palace at Old Trafford with the opener in a draw against Southampton seven days later: a simpler, more innocent time at which it seemed as though Man United had stumbled upon another Welsh wing wizard out of absolutely nowhere.

What has transpired since has predictably fallen some way short of those lofty expectations. James has obvious limitations that will likely impose a natural ceiling on his career at the club: he will never be a regular starter so long as they harbour realistic hopes of winning trophies. Yet it is equally true that he has manifest strengths that make him an incredibly useful player at this and any other level when harnessed properly.

Real Sociedad were no gimme. They are fifth in La Liga and their heaviest defeat of the season so far had been a 2-0 reverse against leaders Atletico Madrid. Only Sevilla and Real Betis had scored more than twice against the Copa Del Rey finalists this campaign.

To demonstrate how impressive this Manchester United performance/result is: Real Sociedad have lost by three goals or more just once in their previous 88 matches. (3-0 v Betis, January 2020). They’ve drawn v Madrid, Barcelona, Atlético and Sevilla this season.

Yet Man United, after a hectic start, summarily dismantled them. Bruno Fernandes does not belong in this competition. Marcus Rashford remains brilliant and infuriating in not quite equal measure. Dean Henderson ought to be knocking a little more forcefully on Ole Gunnar Solskjaer’s door in the coming days. And then there was James, reprising his successful role as bully who waits until someone is battered, bruised, cowering and defenceless to get his kicks in.

It started against Chelsea on his debut in a 4-0 win but has carried over into a 5-0 shellacking of LASK, a 4-1 crushing of Istanbul Basaksehir, a 6-2 clinic against Leeds, a 9-0 destruction of Southampton and now a 4-0 hammering of La Real. Man United score an average of 4.25 goals every time James gleefully gets amongst it.

There is plenty to be said for that. Some players thrive on making the difference but others excel in emphasising it. Man United have plenty of the former but perhaps too few of the latter. James has a definite role in this squad. His is a unique blend of explosive pace and insatiable work ethic. They certainly press much better when he features.

But that run and finish was not the work of a “headless” sprinter. He has been subject to strangely personal criticism from fans and elsewhere for the crime of not being the actual Ryan Giggs. With better players around him his overall skill set has inevitably developed, and an attitude that has never been in doubt certainly helps.

He is, essentially, a manager’s dream: a clearly talented footballer with a desire to work, learn, never complain and always raise standards. And as far as party tricks go, the ability to run full pelt at absolutely knackered defenders, whether he has played one minute or 90, is bloody effective.