HomeSportBurnley and Leicester can both draw comfort from stalemate
Sport

Burnley and Leicester can both draw comfort from stalemate 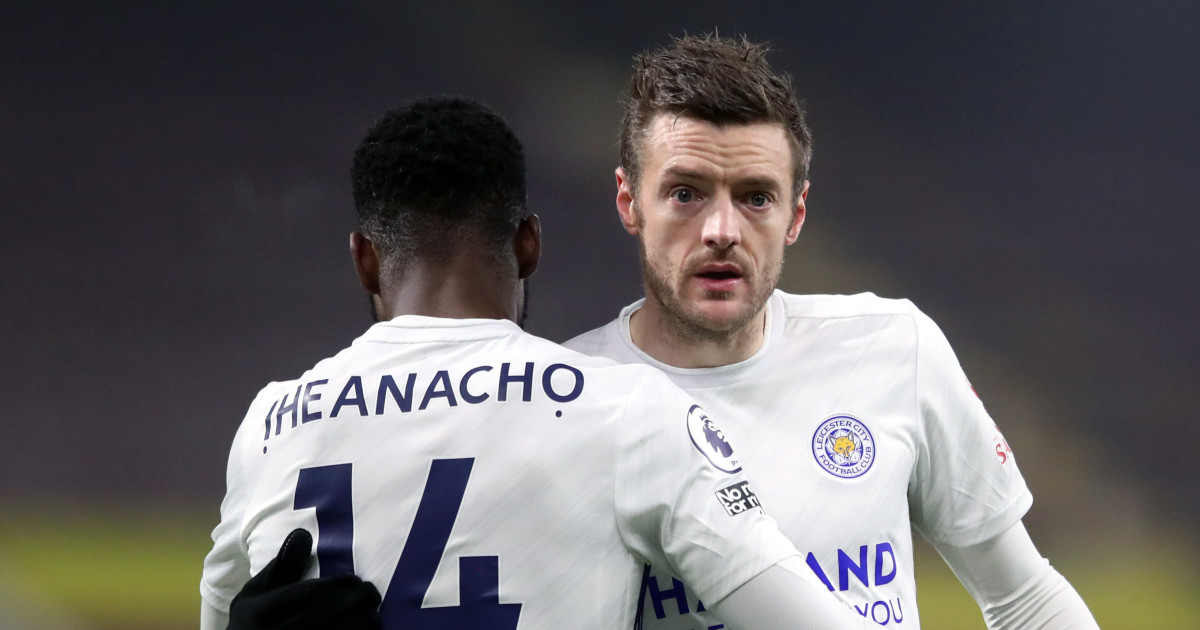 If a 1-1 draw was a result that will leave both Burnley and Leicester rueing what might have been, there were plenty of reasons for encouragement for both in the performance.

Burnley desperately needed to show… something after the dispiriting goalless draw against 10-man West Brom and Tottenham shellacking. Leicester needed a response to a costly – in more ways than one – collapse against Arsenal.

Both teams got that required response at the very least.

Burnley started the stronger, passing up one good chance to score but soon taking the next after a mistake from Hamza Choudhury.

Leicester, though, despite being shorn of so much creative talent and for the most part carrying a clearly not quite right Jamie Vardy gradually came back into it and deserved their equaliser before half-time.

Brendan Rodgers would probably not have chosen to start with a three-man defence and two holding midfielders for this one in an ideal world, but Leicester’s is not currently an ideal world. The truly absurd injury list currently contains James Justin, Dennis Praet, James Maddison, Harvey Barnes, Ayoze Perez, Jonny Evans, Wes Morgan. Wesley Fofana came off the bench here after his own eight-week absence.

If Maddison and now Barnes are the ones who dominate headlines from that contingent, it is arguably Justin whose absence is most keenly felt as Rodgers is forced to fudge and make do. He was one of the breakout stars of the season before his injury, and his versatility offered Leicester so much wriggle room. Now they have none.

The unfamiliar defensive shape certainly played its part in Leicester’s sticky start to the game, yet going forward there was much to like about them. Youri Tielemans is clearly going to be the man charged with taking up much of the creative slack and he’s certainly up to the task.

On this evidence, so too is Kelechi Iheanacho. It’s not quite happened for him at Leicester, but the rest of this season could offer him an opportunity. He took his goal well and was prominent in much of Leicester’s most enterprising attacking work. It was on reputation alone that Vardy stayed on and Iheanacho made way in the closing stages, and something Rodgers may well ponder after this is whether that is any longer automatically the case.

Without Kasper Schmeichel, though, Leicester would have left Lancashire without even a point for their efforts. Both sides hit the post in the closing stages, but Schmeichel was far busier than Nick Pope and while a draw was fair it was Burnley who came closer to taking all three points.

And while a draw isn’t ideal for anyone, it does take both teams a point closer to their season’s goals. Burnley have a six-point cushion over the bottom three and it really should be enough. Leicester have a six-point cushion over fifth, and that’s less decisive. They will take encouragement from their attacking efforts here despite so many key players being out, but they’ll also know that this was a Burnley side a Spurs side devoid of confidence and on a nightmare run had carved apart at will three days earlier.

Another late-season collapse to miss out on the Champions League would be a galling prospect, no matter the mitigation of injuries. There’s a reasonable argument that getting Leicester into the Champions League should they do it will rank as the season’s finest achievement given the obstacles they will have overcome – first in putting last season’s desperately disappointing end to the season behind them and then in coping with the pile-on of injury upon injury.

But that kind of abstract, in-the-round view isn’t necessarily the most relevant. The facts are that Leicester have been inside the top four almost all season – no matter how impressive that is, finishing outside it again after last season will be a hugely deflating blow.

We can be reasonably certain that while Burnley could have taken all three points tonight it still amounts to a point gained in their quest for another year of Premier League football (itself a contender for achievement of the season every season); only time will tell if this was a point gained or two dropped for their battle-scarred opponents.

Sherman: Arrest forced him to ‘go ask for help’

Greenland Could Melt for Millennia If Warming Stopped Today