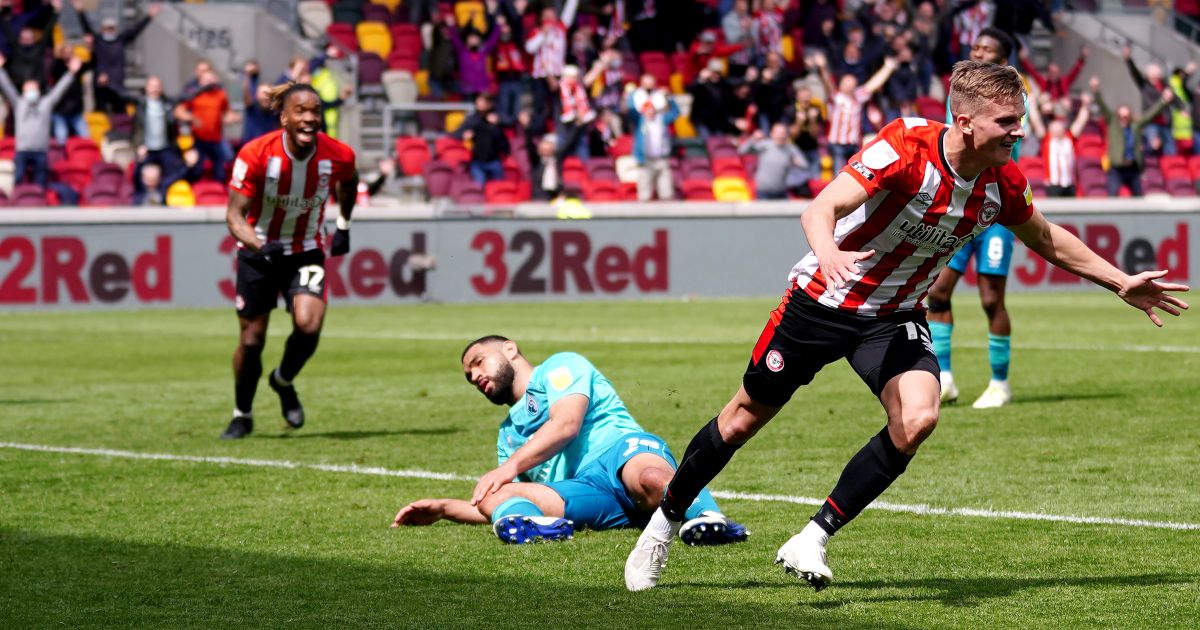 Brentford won a breathless play-off semi-final as goals from Ivan Toney, Vitaly Janelt and Marcus Forss saw them come from behind to sink Bournemouth.

Already a goal down from the first leg, they trailed 2-0 on aggregate when Arnaut Danjuma fired the visitors ahead after only five minutes.

But Bournemouth lost Chris Mepham to a first-half red card and Toney equalised from the penalty spot, before second-half strikes from Janelt and Forss fired the Bees to a 3-1 victory, 3-2 on aggregate.

Sunderland bottom out as clouds consume the Stadium of Light

Having not played in the top flight since 1947, Brentford are now back at Wembley a year after they missed out to Fulham in the play-off final.

Bees boss Thomas Frank had embarked on a lap of the pitch before kick-off, whipping up the 4,500 fans able to attend as Covid restrictions loosen.

But their enthusiasm was dampened by a 60-yard dash from Danjuma after only five minutes.

Danjuma, who scored the winner in the first leg, latched on to a clearance from a Brentford corner, looking up to see three-quarters of the pitch empty in front of him.

The Dutch winger raced clear to slot the ball past Bees keeper David Raya and double Bournemouth’s lead in the tie.

But Brentford were handed a lifeline in the 15th minute when a cross from Emiliano Marcondes hit the arm of Lloyd Kelly as he slid in to block.

With no away fans present you could have heard a pin drop as Toney stepped up to take the penalty, but the striker calmly slotted home his 32nd goal of the season to haul his side level on the day.

Bournemouth, already indulging in persistent timewasting to the evident frustration of Frank, were reduced to 10 men after 28 minutes when former Bees defender Mepham saw red for bringing down Bryan Mbeumo.

Toney should have levelled the tie but somehow fluffed a free header at the far post from a Sergi Canos cross, before Henrik Dalsgaard’s header was cleared off the line by Diego Rico.

Five minutes into the second half Brentford were level on aggregate after the ball pinged around the Bournemouth penalty area.

It eventually found Janelt on the edge of the box, and his unorthodox shot looped and swerved its way past the diving Asmir Begovic and into the far corner.

They poured forward against the tiring 10 men and with 20 minutes left Mbeumo’s cross found Toney, but the striker’s volley flew over the crossbar.

Marcondes’ curler was then beaten away by Begovic, but the goal was coming, and it arrived with 10 minutes remaining.

Marcondes got away down the left and cut the ball back for Forss, who arrived at the near post to prod the ball home and spark delirium around Brentford’s new ground.

An ode to LFC-era Fernando Torres, a man who could do it all