Arsenal play with absolute lack of fire and still get Bernd

It is preposterous that Arsenal are quite so reliant on Bukayo Saka and Emile Smith Rowe. There is so much work for Mikel Arteta to do.

Another high-profile own goal. Another case of Everton at the vanguard of the opposition alliance. Another example of Arsenal playing with no fire and getting Bernd. Another setback for Mikel Arteta to ponder.

That wasn’t great. Arsenal lost because of a Leno mistake but they failed to win due to those deep-lying issues that have constantly undermined any sign of progress in north London. Everton were not brilliant but they didn’t have to be: they arrived with a plan and carried it out to perfection.

Carlo Ancelotti’s side have their own home discomforts but the Toffees have proved too sticky for most of the Super League hopefuls to handle on their travels. Away wins at Liverpool, Tottenham, Leicester and now Arsenal accompany that 3-3 draw at Old Trafford in February for a club that still harbours hopes of European qualification.

Any such aspirations Arsenal still hold are limited to their current Europa League campaign. Their part in this past week’s events is certainly the most understandable of the six English teams involved as the one who is most likely to otherwise be ushered from their seat at the continental buffet. They are closer to Crystal Palace in 13th than Chelsea in fourth on points and that gap will only increase as Arteta’s gaze becomes fixated on a semi-final date with his predecessor. 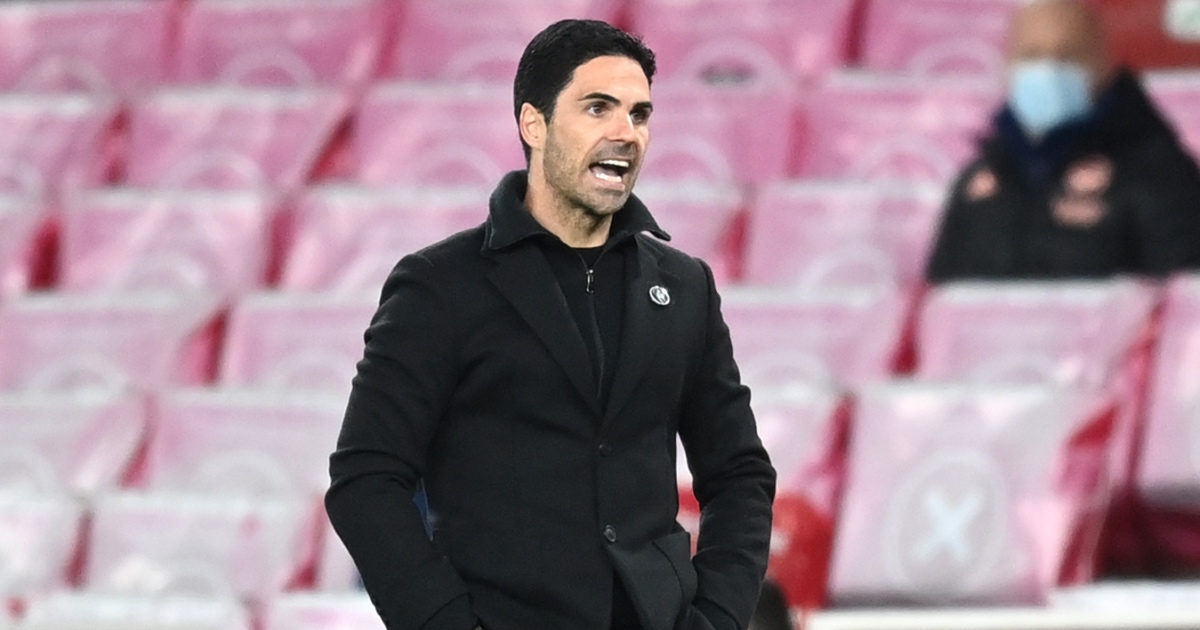 Villarreal have lost two of their last three La Liga games and will not expect to end that run against Barcelona on Sunday but on this evidence Arsenal still have some fundamental work to do before they can exploit the potential weaknesses of any opponent. Everton did not struggle to contain their hosts on Friday evening and with Emile Smith Rowe and Bukayo Saka not at their effervescent, flowing best, Arsenal were always bound to struggle.

It is vaguely preposterous that they are quite so reliant on a teenager in his second full season of professional football and a 20-year-old who was out of the first-team picture until after Christmas. The pair are often sensational in tandem but it is an almighty creative burden for them to bear twice a week.

But that is the rudimentary truth with this team: it is precisely where it should be. Arsenal do not have a better squad than Everton, nor a better manager or even first-choice starting line-up. It is jarring to see them in ninth and level on points with Leeds only because we have become so accustomed to seeing them higher, not because they are capable of much better. They are eighth in an away Premier League table and 10th in a home one. They can and surely will improve at some point but this is a mid-table team in mid-table.

As the supporters were at pains to stress pre-match, much of that is down to the ownership of the Kroenkes. But neither Stan nor Josh have overseen the sort of ruinously blunt performances that have brought more home league goals than only Crystal Palace, Wolves and the bottom five. So many of their matches are settled on one goal either way by Arteta’s design and the risk with that approach is inherent and obvious.

How to fix this team without a squad refresh and some solid investment is less so. Arsenal have some of the composite parts of an excellent team but enough rust in the rest to render that meaningless.

Everyone Should Travel for Their Favorite Foods