HomeNewsAl Sharpton doubles down on Tawana Brawley rape accusation hoax: ‘Should I...
News

Al Sharpton doubles down on Tawana Brawley rape accusation hoax: ‘Should I apologize?’ 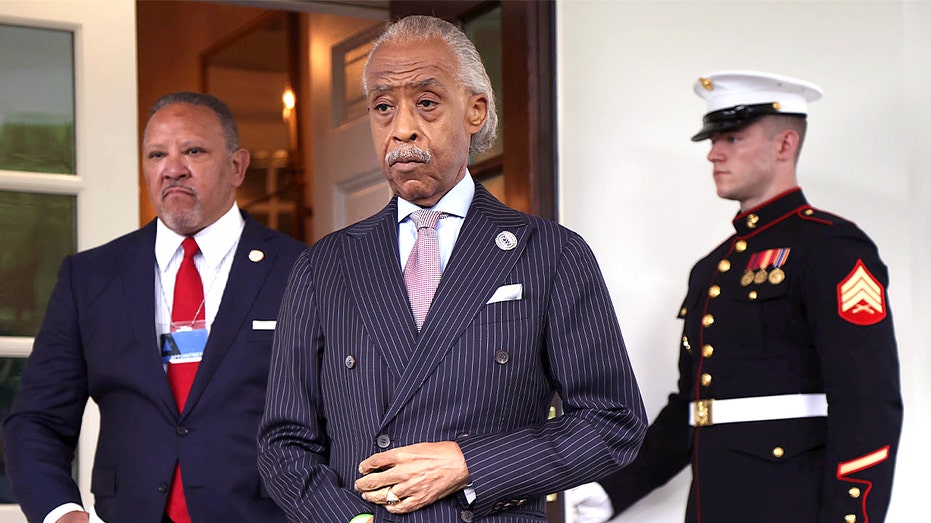 Rev. Al Sharpton refused to apologize for allegations he made that a 15-year-old Black girl was raped by a group of White men in 1987; claims that were found to be false by a grand jury.

However, Sharpton doubled down on the controversial accusations he made in the notorious Tawana Brawley case as a guest on PBS show “Firing Line.”

“Absolutely not,” Sharpton told PBS host Margaret Hoover when asked if his opinion on the case has changed in 35 years.

Rev. Al Sharpton doubled down on the controversial accusations he made in the notorious 1987 Tawana Brawley case as a guest on PBS show “Firing Line.”
(Photo by Alex Wong/Getty Images)

“I have no evidence that I was misled,” Sharpton added.

The one-time failed presidential candidate and civil rights activist repeatedly argued that the Brawley case should have gone to trial instead of being found a hoax by a grand jury.

“I don’t have any different understanding because a grand jury is not a trial,” Sharpton said.

“My position was that there was this allegation from this young lady that was really questionable behavior by some that she accused,” Sharpton said, referring to the six White men who were found falsely accused of raping the teenager.

Rev. Al Sharpton acted as one of Tawana Brawley’s advisors in a debate that helped launch him to the national stage.
(AP)

Some of those accused were police officers, making the case especially explosive for civil rights.

However, Sharpton was adamant that Brawley “deserved to have her day in court,” despite conclusions that the claims were a hoax, according to a grand jury that was convened to hear the rape allegations.

Sharpton, who became famous as a boy preacher in Brooklyn, New York, accused the criminal justice system of being unfair.

“There’s a famous saying by a judge in New York: You can indict a ham sandwich if you want to,” Sharpton told Hoover.

REV. AL SHARPTON SUGGESTS NETS’ PUNISHMENT OF KYRIE IRVING IS JUSTIFIED: ‘BIGOTRY SHOULD NOT BE NORMALIZED’

Rev. Al Sharpton, right, was adamant that Tawana Brawley “deserved to have her day in court,” despite conclusions that he claims were a hoax, according to a grand jury.
(REUTERS/Michael A. McCoy)

He also pointed the finger at the prosecutor who once charged him “with taking money from my youth group,” a case that Sharpton said he beat in court.

“So why would I believe [the prosecutor] with what he did with the grand jury when I saw what he did to me?”

The Brawley rape allegations shocked the country and helped launch Sharpton to the national stage after Brawley said she was allegedly raped in the woods by multiple White men in Wappingers Falls, New York.

She also said that she was left wrapped in a feces-covered plastic bag with racial slurs written on her body.

Jeffrey Clark is an associate editor for Fox News Digital. He has previously served as a speechwriter for a cabinet secretary and as a Fulbright teacher in South Korea. Jeffrey graduated from the University of Iowa in 2019 with a degree in English and History.

Story tips can be sent to jeffrey.clark@fox.com.

Seaglider takes off: Another major airline joins the push for battery-powered water flights